Of Giants and Other Men by Caspar Peek 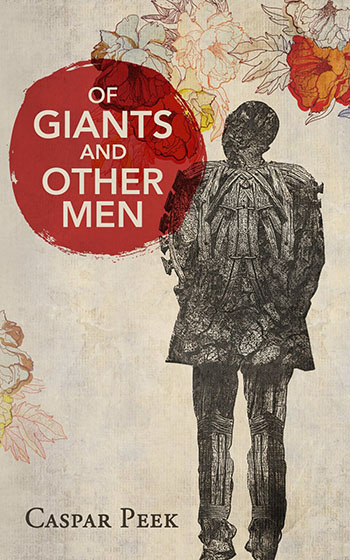 Of Giants and Other Men by Casper Peek follows the lives of two cousins, Tomas Delacorte and Fausto Cortes. At a young age, the boys make a pact to always put each other first, but as they grow older life takes them down separate paths. Fausto makes his way up the ranks in the military, while Tomas becomes a doctor and spends most of his time in a morgue surrounded by dead people. Not only that, but a girl comes into the picture, widening the distance between the two men. The cousins become content in their relationship, choosing not to communicate because of the lack of understanding of the other’s lifestyle. When a young guerilla fighter, Milagros, finds her way into Tomas’ life, he begins to reconsider his values and beliefs. Will conflict overrule his faded relationship with Fausto, or will their childhood friendship be enough to keep Tomas’ cousin on his side?

While a pretty strong read throughout, there are some major and minor flaws to be found in Of Giants and Other Men. The most glaring error is the number of misspelled words and punctuation typos. The version of the book this reviewer was given to read was an Advanced Reader Copy, and so the punctuation and grammar errors may be caught and removed by the time the book goes into its final publication. A more nitpicky, but still irksome, complaint is the lack of details in the book. The reader gets a feel for the characters and setting, but is never fully immersed into the world. The writing is good and while the characters are likable, or intentionally unlikable, Peek never goes deep into the inner workings of his ensemble’s minds. Though not completely flat, and certainly not dull, the characters are never truly examined, leaving a lot to be questioned. It also takes a while to figure out exactly where the book is set and in what time period, and to do so the reader must piece clues together. Throughout the book the reader is never given a clear picture; the story is always slightly blurry.

That being said, Of Giants and Other Men is still quite an enjoyable book. Focusing on the years of oppression in Nicaragua, the reader is given a story about familial riffs, the contemplation of becoming like one’s parent, and the question of how love comes about and why it ends. There’s power in the tale of Tomas and Fausto, enough to keep the reader interested throughout their entire read. Of Giants and Other Men has plenty of charm to it, as well as some compelling dialogue and beautiful descriptions. While not perfect, it is a book that sticks.