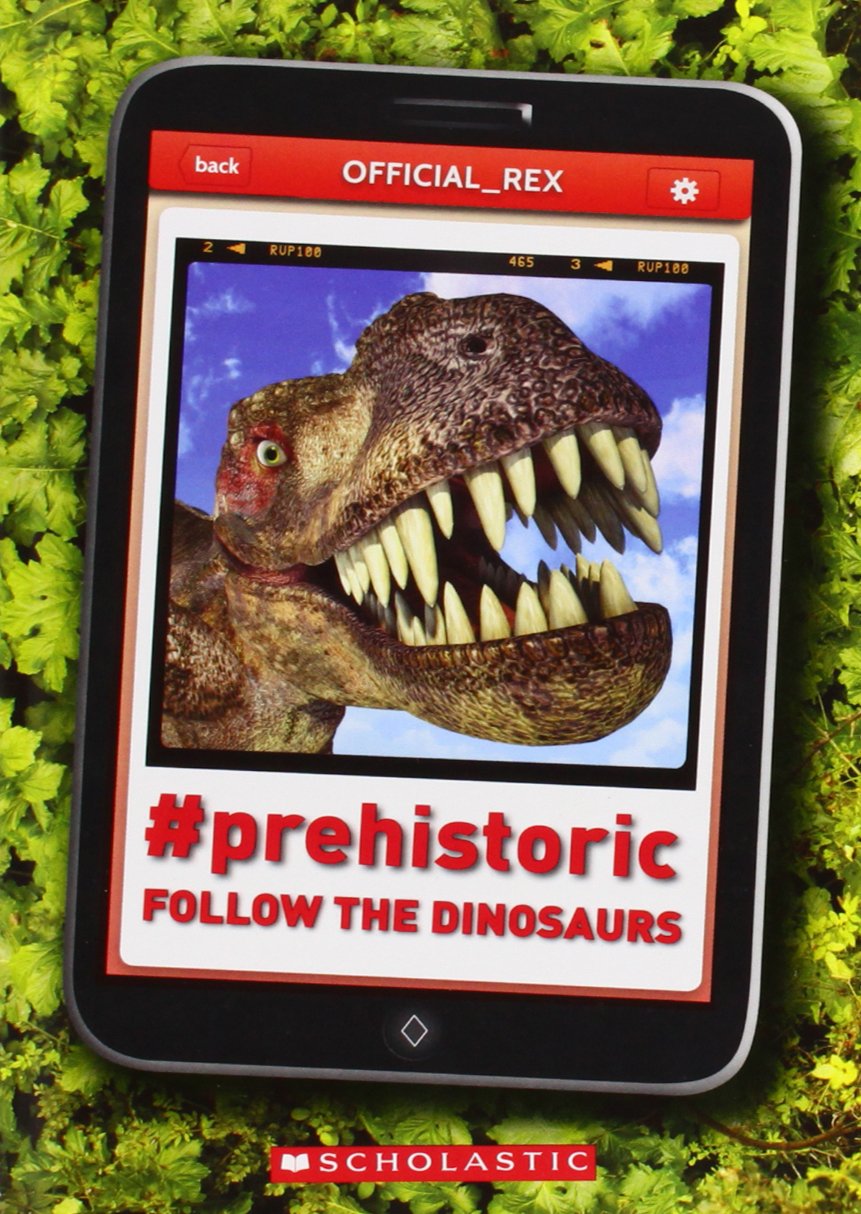 With young children today grasping technology faster than most adults, relating the idea of Dinosaurs can be complex on a whole new level. When the only things they prefer to see are on a screen instead of a book, #Prehistoric: Follow the Dinosaurs takes a spin on the new age apps to tell a story about the creatures who existed long before iPods. Using hashtags (which many people unfamiliar with twitter still call a pound symbol) usernames, photos, followers and comments, the book appears a mix between Snapchat and Facebook within the pages. Each species name, location found, typical habitat, size, diet, the period it lived in, and other general information is included. Not all entries include photos, and only a few in the early pages are color, but the amusing emoticons and silly comments below each profile page draw in the interest of the bored reader who just can’t be bothered to pick up a book. With current cultural references mixed into dinosaur language, you may miss Megan Trainor’s All About that Bass referenced if you do not actually read every page. While the book does highlight information about each prehistoric animal, it also gives information to read like a story about the loss of the animals, how some evolved into ones we may encounter today and allow any reader to have their interest peaked in a new way. The book however lacks an introduction to give some understanding as to how an underwater lizard could have lived in Kansas when it was underwater. This could be the point where a reader gets confused, if the age appropriateness of a child using Instagram wasn’t already mind-boggling.