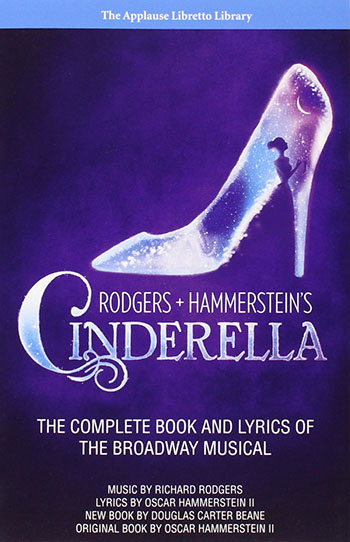 A fan of the Broadway Musicals will anxiously await for Rodgers and Hammerstein’s Cinderella to visit a city nearby, as it travels just in time for the book which must accompany anyone interested in going. A definite partner to have when surprising someone with tickets, or a keepsake to remember the occasion, Rodgers and Hammerstein’s Cinderella: The Complete Book and Lyrics of the Broadway Musical is sure to complete the event. This play was created initially for television in 1957 and found such a good reception it has been recreated for Broadway. The tale of Cinderella has been retold many times, but the glass slipper always remains. Whether her name is Ella, or Cinderella, her story is what fairytales are built upon. As an added bonus, the book includes pictures of the original Ella, Julie Andrews who graced the CBS stage in the first version and captivated audiences with her performance. In 1965 CBS showcased Cinderella again with new actors, and in 1997 ABC took on a new edition with Brandy Norwood and Whitney Houston. This classic is sure to delight the little princess and the Broadway fanatics who will enjoy knowing every word in the play.