The Book of Barkley by L. B. Johnson 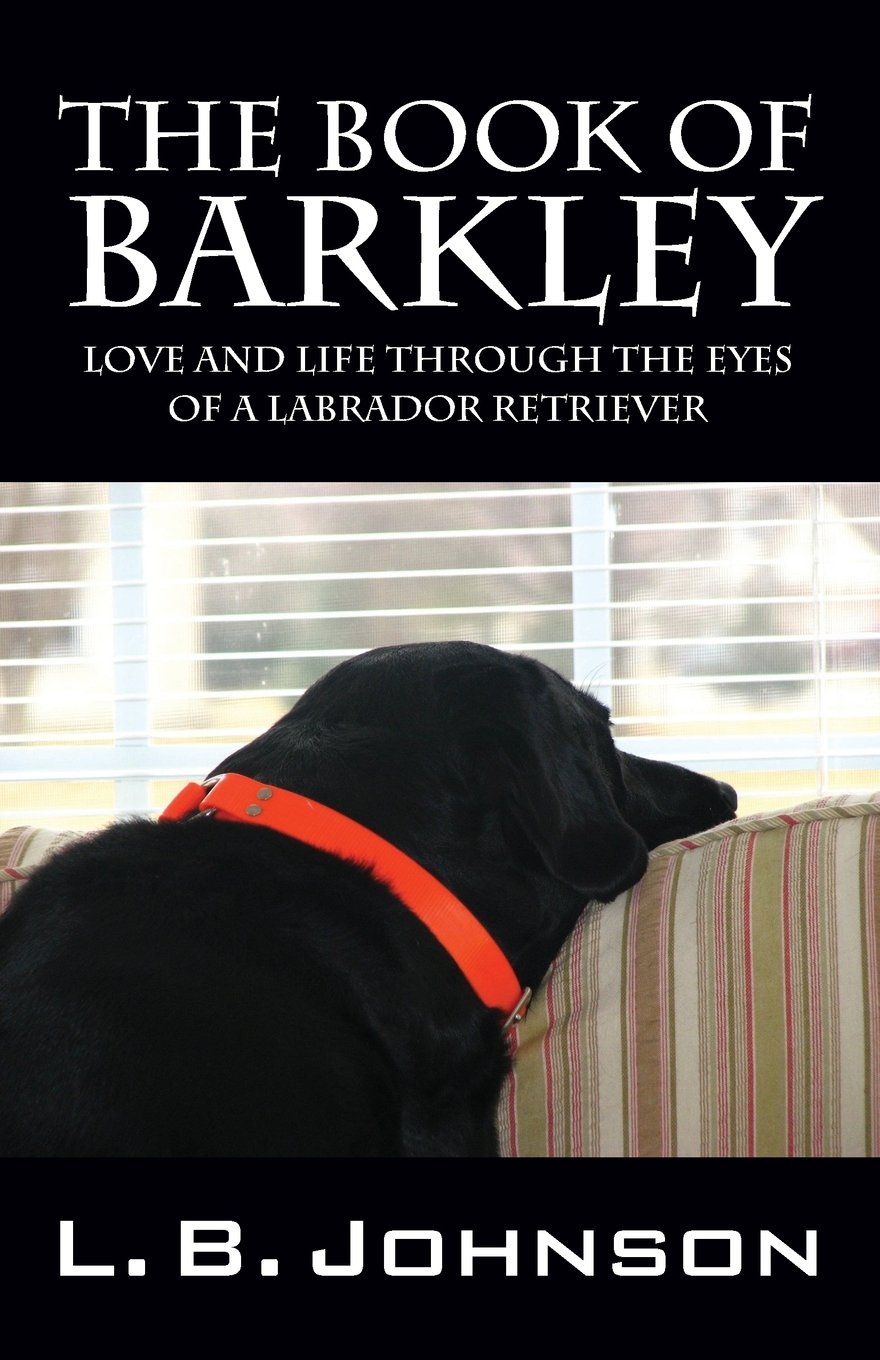 There are many good books about the dogs we let into our lives. The Book of Barkley, a memoir-like novel by L.B. Johnson, is up there with the best and is reminiscent of Marley and Me. In this debut novel, Johnson weaves together the stories of two lives, her own and Barkley’s. We follow their two lives, from bringing the roly-poly black Labrador retriever pup home, through all the usual doggie events – nurturing, playing, traveling in the car and, not least, reacting to strange places and loud noises. The latter is described with high humor. “Suddenly there came this enormous BOOM of noise from a distance,” and Barkley was out the door like a shot, running for his life, while the narrator is shouting “Barkley, come back!” Seemingly, to no avail. Dog owners know the drill; after a while both Barkley and owner calm down and life goes on.

Using Barkley as the thread tying it together, the narrator tells her story, starting out as a sing le working woman living in the American Midwest. After acquiring Barkley she reminisces about daily life with a dog. At the same time, she dips deeply into her past life and childhood, all about growing up in Middle America. She also changes jobs and locations, moves houses, and before it’s over she falls in love with a dog-loving guy and gets married. All the while, Barkley is her anchor and the book’s focal point.

The Book of Barkley is well written, as these few snippets demonstrate. For example, th e author says that nothing “has taught me more than a dog… how to look carefully and inquisitively at everything, how to look deeply, without restraint or judgment or expectation… how to be happy with what you have today, here, now.” Near the end, after Barkley has gone off into the afterlife, she writes, “He was a dog, but he was much more than a dog. He was love that crept in on four paws and rem ains, as long as memory lasts.”