The Harder They Come: A Novel by T.C. Boyle 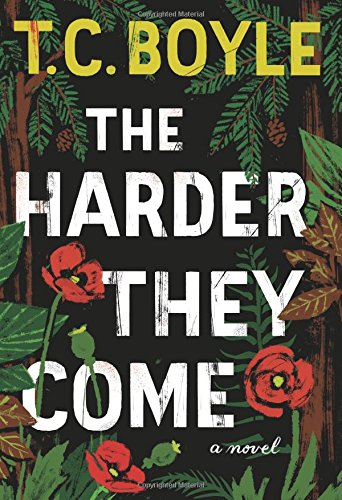 The pressure slowly mounts in T.C. Boyle’s latest novel The Harder They Come. From the first sentence written on the back of the dust jacket, the reader already knows the basic outcome of the novel cannot be good: “Set in contemporary Northern California, The Harder They Come explores the volatile connections between three damaged people—an aging ex-Marine and Vietnam veteran, his psychologically unstable son, and the son’s paranoid, much-older love—as they careen toward an explosive confrontation.” Although this succinctly sums up the novel, it only scratches the surface of Boyle’s masterful prose. The alternating points-of-view between the three main characters are raw, compelling, and although very different from one another, are quintessentially American – but the types of Americanism that Americans don’t generally like to accept but cast into the shadow of otherness. There is blatant racism. There is a distrust of the government and legal system so great it lends to romantic, over-entitled vigilantism and anarchy. Despite the depressing subject and degenerate characters, Boyle keeps the reader turning the pages.