The Sacrifice: A Novel by Joyce Carol Oates 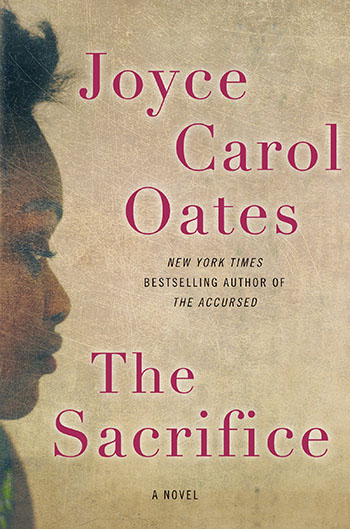 Among the backdrop of current real-life allegations and cases of black victims at the hands of white police officers, comes The Sacrifice by Joyce Carol Oates. The novel is based on a real case in 1987 when a teen girl came forward, claiming that she had been beaten and raped by about half a dozen white police officers. It’s a controversial issue, case, and book. The treatment of Islam is also controversial. Readers will either love the gripping sensationalism of the unfolding events, especially if they are already stalwart Joyce Carol Oates fans, or be disappointed. These latter readers may find that the characters, with the constantly shifting point-of-view, are never fully expressed. As the characters play into well-known stereotypes, such as the abused wife, the rebellious daughter, the angry black man, the crusader, and so on, their deepest motivations and fears never fully rise to the surface. The attempts to mimic poorly educated people through choppy sentence fragments, contracted words, and colloquiums are not only distracting, but also a constant reminder of the inherent stereotypes in our society.