The Sense of Style: The Thinking Person’s Guide to Writing in the 21st Century by Steven Pinker 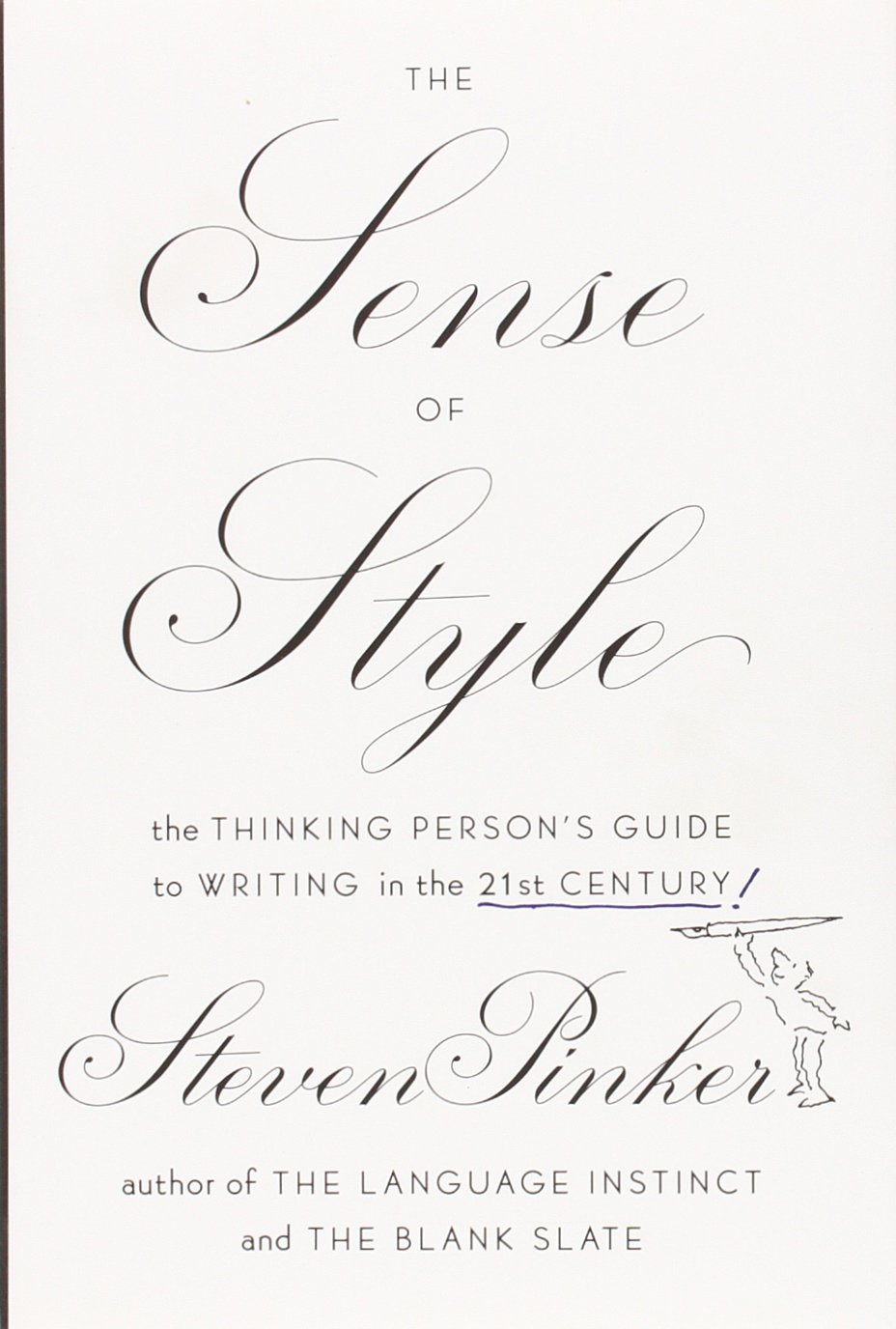 In his seventh book, The Sense of Style: The Thinking Person’s Guide to Writing in the 21st Century, linguist Steven Pinker tackles language in classic Pinker-style, debunking the naysayers who suggest that the English language is going down the drain and instead applying a scientific understating of natural language acquisition, basic common sense, and overall enthusiasm. “Grammar is a fascinating subject in its own right, at least when it is properly explained,” Pinker writes. While many readers cower at the thought of sentence diagrams and shifting rules, Pinker equates grammar with a smart phone app. Consider grammar the most essential app we have for sharing ideas, Pinker writes: “[Grammar] should be thought of as one of the extraordinary adaptations in the living world: our species’ solution to the problem of getting complicated thoughts from one head into another.”

“Anyone who reviews the history of prescriptive grammar can’t help but be struck by the misplaced emotion the topic evokes. At least since Henry Higgins decried ‘the cold-blooded murder of the English tongue,’ the self-proclaimed defenders of high standards have been outdoing each other with tasteless invective.”

Emails and texting are not the bane of the English language, but rather a natural outcome of the digital era and an opportunity for cognitive study. Rather than revering the meandering prose of the academic, Pinker calls for linguistic constructions that lead us most effectively and efficiently to meaning: “Good writing can flip the way the world is perceived, like the silhouette in psychology textbooks which oscillates between a goblet and two faces.” For those with an ear for the rhythms of language and an enthusiasm for its merge with the 21st-century Google age, Pinker’s musings are a delight.