Toks and the Phoenix Project by A.S. Lawal 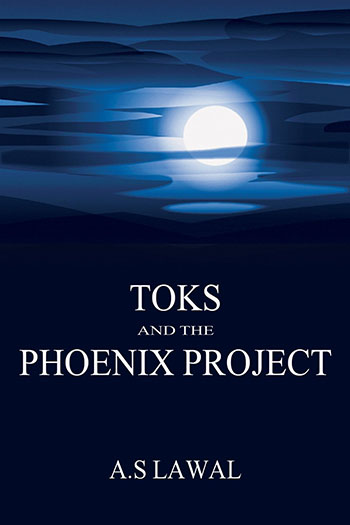 Toks and the Phoenix Project is an enjoyable new adult thriller adventure, full of problem solving and heart. Reminiscent of a modern Nancy Drew, Toks must uncover a mysterious plot, but her investigations uncover espionage with international connections. Through all of her adventures, both at school and later dealing with conspiracy, the book maintains a positive outlook.

Toks is an average hardworking graduate student, worried about doing well in her university classes and moving away from home. Her project is cancelled and she is reassigned to one she deems inconsequential, to the confusion of her and her fellow students. Professor Johnson’s strange behavior stems from his secret project. A dangerous group known as the Shango Triangle has made it clear to the professor that they want his top secret research project for themselves and will do anything to get it. When the CIA’s plans to capture the mastermind of the Shango Triangle go awry and the respected professor is unable to continue, Toks is forced to become a key player in the conspiracy and must race against time to discover what the professor was involved with in order to save the lives of her family and friends. As Toks works to uncover the mystery, she finds herself in the middle of a plot that is an interesting web of espionage and secrecy. Will Toks make it through the semester?

Toks and the other main characters are well developed, and the author uses believable dialog for the new adult characters; Aunt Edna is particularly funny. There are a few instances where some punctuation and phrasing changes might help the flow of the story, but overall, they did not detract from the entertaining plot of the book.

Toks and the Phoenix project is a creative adventure not unlike those of Enid Blyton. The main characters are well drawn, and the dialogue is well crafted. Readers will find that the solutions at which Toks was able to arrive were clever and appropriate for her age. It was a heartwarming book, a charming adventure that encourages young people not to be afraid to have an adventure and believe in themselves. Readers will look forward to future adventures of Toks and her friends.