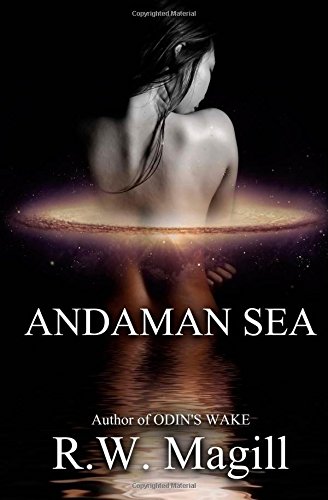 Andaman Sea, written by R.W. Magill, follows a string of many characters tied together in one captivating story. Set primarily in Thailand and Cambodia, readers are introduced to a diverse cast: Kai, a Thai gangster who’s fallen into a new, dangerous line of work; Saowaluk, the fishing boat captain with a tragic back story; Nhean, an enslaved man who wants nothing but to return home to his wife and son; Chenda, a teenager from Cambodia sold into human trafficking for her virginity; and many other faces. Quickly, these characters find their paths crossing when Kai is given the mission of delivering Chenda to her purchaser. A grisly tale filled with violence and hope, some characters in the story meet a happy end, while others find themselves sleeping with the fishes – literally.

As a whole, Andaman Sea makes for an enjoyable read. While not exactly based on a true story, Magill draws heavily on real world facts about the enslavement of Burmese and Cambodian men in the Thai fishing industry, as well as the horrific facts about the human trafficking of young girls in Southern Asia. The author cites in the introduction interviews and articles from where he drew his information. Magill, now a resident of Bend, Oregon, served as a naval officer before taking up as a writer, which is clearly evident. Many scenes in the novel take place on a boat, and Magill’s knowledge of sea life benefits the realism of Andaman Sea.

As for the story, Magill conjures a tale that is truly hard to put down. While the action never spikes to the point of putting readers on the edges of their seats, Magill does something almost as good: he makes his readers care. Audiences will surely find themselves wanting to know Chenda’s fate, the outcome of Juntasa’s scheming, and how crazy with grief Saowaluk has become. The author creates characters who are all either likable or interesting – if not both of those things – and adds plenty of history and detail into the cast to make each character solid, rounded, and well written. Though an enticing read through and through, there are at least two downfalls found in Andaman Sea. The first is the sometimes slow pace of a handful of chapters (particularly the one with the monk), which doesn’t necessarily bring the book to a halt, but will make the readers wish for the action to pick back up. Then there’s a light, but certainly present, romantic subplot between two of the primary characters, which seems forced and highly unnecessary. Besides those faults, there is a sturdy story to be found in Andaman Sea; one readers will enjoy sinking their teeth into.