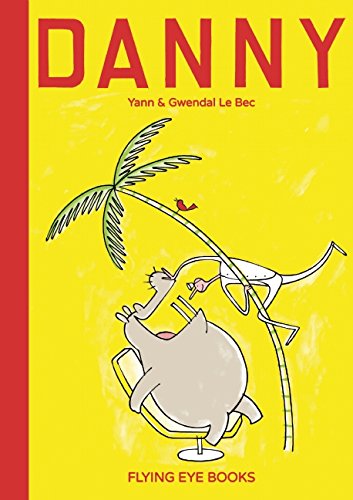 Danny is a colorful children’s book about a potbellied hippopotamus named Danny. Danny suddenly develops an insecurity about the way he talks after overhearing some cleaner fish surmise that he must have a lisp due to the gap between his teeth. Checking with some of his friends, it is confirmed that he does speak strangely. Danny immediately rushes off to find a dentist in the human city to fit him with braces. Upon his triumphant return to the marsh Danny shows off his new braces to his friends, and a nearby crocodile. The crocodile immediately heads off to visit the dentist too…and then eats him by accident. Left with a line of people waiting to have their teeth checked, the crocodile takes the dentist’s place.

The irony in the book is that Danny is not the character with a lisp – his friends are. While this might be worth a chuckle at the swap, the reason for Danny’s quest to acquire braces is slightly disconcerting. Rather than being a story exposing kids to braces to relieve anxiety about the process, Danny’s motivation to get braces to “fix” his teeth is done with a drive to fit in. In essence, Danny caves to peer pressure – not exactly the best message to give to children.

The crocodile’s “accidental” consumption of the dentist – and the occasional random patient once he became a dentist himself – is also slightly upsetting, particularly as the story brushes it off as part of the crocodile’s nature. On the one hand the character is after all a crocodile so the behavior isn’t unexpected. On the other hand, the book is exonerating the crocodile of its crimes because “it couldn’t help it.” Once again, this is probably not the best message to give to children.

On the surface this book is rather cute. The drawings are simple, and reminiscent of the style of children’s books most commonly available 20+ years ago. The book is a solidly bound hardcover, and should easily survive many readings. Children are bound to find it funny, and will almost certainly laugh at the idea of a crocodile becoming a dentist for humans. Danny succeeds as a quick read purely for entertainment value. However, people looking for a book with morals, lessons, or educational material will need to look elsewhere.