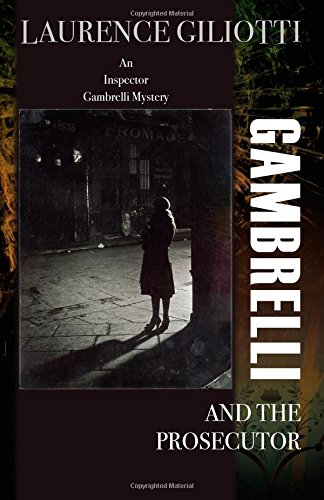 The first book in a new mystery series set in France, 1934, Gambrelli and the Prosecutor: An Inspector Gambrelli Mystery by Laurence Giliotti is a thrilling story full of suspense and misled direction. Chief Inspector Arthur Gambrelli has just completed a case when he is awoken by the telephone and is told to investigate a murder on a nearby island in which Senior Prosecutor at the Justice Ministry Jean Michael Bertrand, has been arrested. The Prosecutor’s mistress was murdered just moments after having called off their affair and as Gambrelli arrives, he encounters the small town errors of the police and medical staff who misjudge the scene and never stopped to think before following the obvious signs. When the evidence is missing and does not lead to the man accused, Gambrelli begins a hunt back in the city for the sister and exposes a twisted path of opium smuggling, a stolen fortune, and political supervisors who have secrets of their own and don’t appreciate the tactics and success of Gambrelli or his men.

Through it all, the story moves at a quick pace and each person assumed to be the murderer isn’t. The plot thickens through the intricate twists and turns of the high society and low level scum. Gambrelli needs a good night’s sleep, a break, or to retire to the family vineyard his sister has kept up since the passing of their father. Maybe the excitement and prestige of his career is coming to an end, but there isn’t anyone in place who can figure out all the pieces the way he can. When his reputation and career as he knows it are on the line with Chief Superintendent Willhelm who is livid at the tactics and blatant disregard for Willhelm’s authority, Gambrelli does some creative sleuthing and the plot adds a hint of humor. Between his grumpy demeanor and the affection for his giant dog, Gambrelli is sure to win over readers and get them hooked on what promises to be an exciting series. The book reads as if it is a series that has been ongoing for some time, but readers will find a delightful surprise to discover Gambrelli and the Prosecutor is only the beginning.