Hunter of Sherwood: The Red Hand by Toby Venables 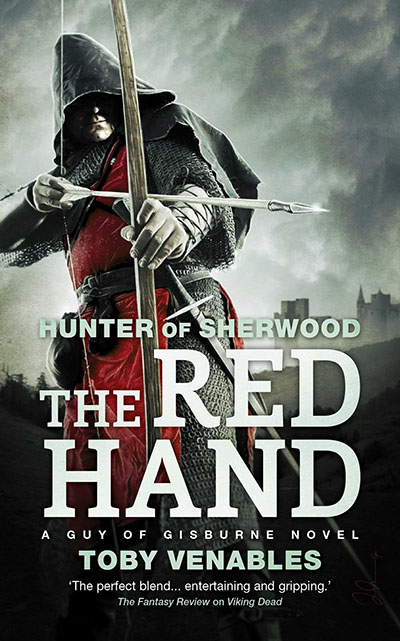 Toby Venables’ Hunter of Sherwood: The Red Hand takes on the Robin Hood myth with gritty realism. This volume is the second in a series called Hunter of Sherwood, which focuses not on Robin Hood, but the figure that is traditionally cast as his enemy, Guy of Gisbourne. In this series Guy is an honorable figure, loyal to Prince John, who in this version of the story is trying to hold England together while his wastrel older brother and King is obsessed with the Crusades and victory in the Holy Land. This take on Robin Hood does a better job of reproducing the likely conditions of the time than more fairy tale-based stories, but while the narrative is entertaining, it ultimately did not rise above the pack of other gritty retellings of fairy tales that are currently popular in the YA and fantasy genres. Venables also seems to be tripped up by his modern urge to be accepting and multi-cultural, opening the book with Guy’s friendship with an Islamic knight, which breaks with the continuity of the time in which the story takes place. Readers who enjoy urbanized retellings will likely enjoy this book; others may find their time better spent elsewhere.