In Mortal Danger by Lorraine Campbell 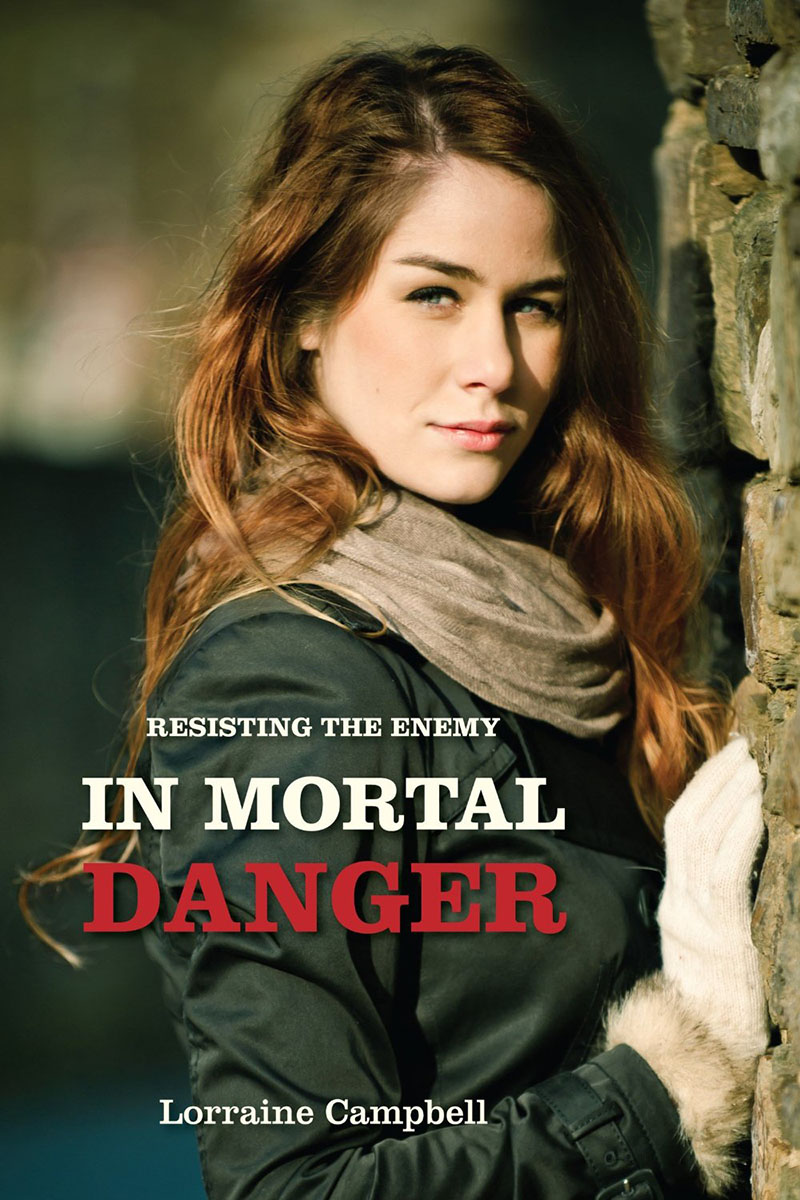 Continuing the riveting historical fiction tale that began in Resisting the Enemy, the sequel, In Mortal Danger, has readers once again following the dangerous escapades of young Valentine de Vaillant in German occupied France during World War II. As the war drags on the Nazis begin cracking down on the French resistance, setting up unpredictable checkpoints, unscheduled raids, and paying particularly close attention to even the most innocent looking young women. Despite her best attempts to cover them up as business trips related to her job at a bookstore, Valli’s fairly frequent outings have been noticed by the German officer living in her Grandmother’s Villa. Colonel Maximilian von Stahlmann is fairly certain that Valli’s outings are resistance in nature, but hasn’t yet decided what to do with this knowledge. When Valli’s best friend Marguerite is discovered as being a Jew that failed to register she must make a desperate gamble to smuggle Marguerite and her two adopted children out of the country. However, the Gestapo is closing in, and the Colonel may be their only hope.

In Mortal Danger is nearly impossible to put down once started. Valli is an incredibly engaging character, being well read and incredibly intelligent. This leads to some very thought provoking discussions between Valli and Maximilian, who despite being on opposite sides of the war enjoy having someone to discuss things – from their favorite composers and books, to philosophical debates on human nature. Despite multiple reminders from both parties that they are in fact enemies, the chemistry between the two is palpable and the seeds of romance that were reluctantly sown in Resisting the Enemy begin to grow in earnest. The rest of the cast, while not being as central to the narrative are developed and fully fleshed out, making even the smallest bit-player memorable.

“The thing is, we can no longer separate the two – the war and the methods being used to wage it. They’ve become inextricably entwined, haven’t they? And no matter how hard we try, no matter how much we protest, we can’t distance ourselves from the atrocities being committed by the SS, the SD and the Gestapo.”

The story itself is equal parts spy thriller and romance novel, and is surprisingly well balanced. The book manages to weave deftly between these two sides of the story at a measured pace, which ensures that the plot is never too fast, nor too cumbersome. Where Resisting the Enemy was told entirely from Valli’s perspective, In Mortal Danger allows the reader to see things from Maximilian’s point of view as well. This adds a whole new level to the story as suddenly a German officer is given a personality rather than just being a cog in the war machine. Maximilian is just as human a character as Valli, and despite his loyalty to the German nation as a whole – a sense of national pride that every person feels for their country to one degree or another – he recoiled from the atrocities being committed by the SS after his discovery while deployed in Russia. Maximilian’s character adds a whole new dynamic that is not often seen in Young Adult (and even New Adult) literature, particularly when Nazis are such an easy target when writers need a convenient villain. What makes In Mortal Danger so special in this aspect is that Maximilian is just one of several German characters in the book that are shown to have that aspect of humanity that makes them break the mold of “German = Bad Guy” trope so common to World War II themed novels. Lorraine Campbell even reminds readers that it wasn’t just the Nazis that did terrible things in the war by showing multiple French characters that acted as informants and snitches, right down to the French soldiers who showed no mercy to the corralled Jews, even going so far as to enjoy their suffering and abuse.

In Mortal Danger is an absolutely wonderful book, and a great ending to the story begun in Resisting the Enemy. Where Resisting the Enemy was a solid Young Adult title, In Mortal Danger is for slightly more mature readers and belongs more solidly in the New Adult category. The book is sure to be loved and devoured by historical fiction fans. Lorraine Campbell managed to create a beautifully complex novel, as complicated as the human psyche discussed in fleeting moments by Valli and Maximilian. A World War II novel that discusses everything from music, literature, romance, intrigue, war, and the complexities of human choice and decision making, In Mortal Danger is a worthy addition to any reader’s collection.