Long Ago and Far Away by John Coyne 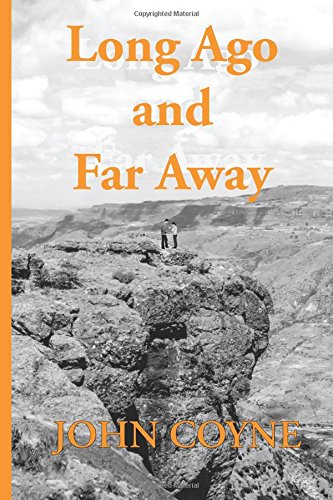 “Nothing is wasted by the novelist,” writes author John Coyne in Long Ago and Far Away. “All experiences are potential material… life experiences, for writers, become bits and pieces of thoughts and sentences… material to be fashioned into something else… into something of value: words that resonate…” Coyne follows Mark Twain’s advice to “Write what you know” and this story reflects his experiences as a Peace Corps Volunteer in Ethiopia. The result is a fast paced mystery set against the political turmoil and social unrest leading to the 1974 coup against Emperor Haile Selassie. Realistic characters and historic events give depth to this remarkable tale of intrigue. The protagonist and storyteller is a former CIA agent named Parker, masquerading undercover as a Cultural Affairs Officer in the American Embassy. The antagonist is a stunningly beautiful travel writer, named Irish, with whom Parker falls madly in love. Other characters include American PCVs whom Parker and Irish meet in their villages – one of whom suddenly dies a tragic death. Was it an accident, or was it murder? The truth, revealed four decades later, comes in a surprise ending that draws upon something the Trappist monk and mystic Thomas Merton once wrote.