Machrihanish: A Novel by Dan Miller 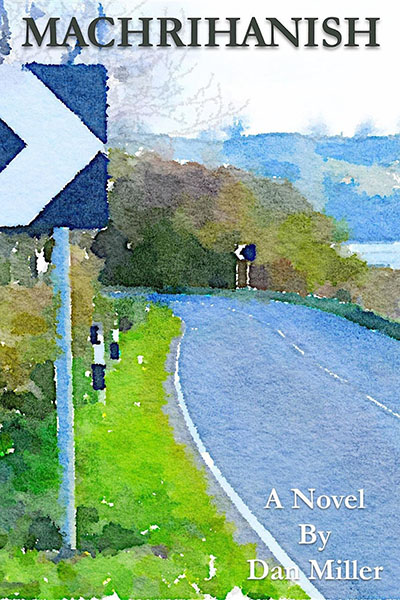 “Clearly, golf isn’t about the destination. You move about a vast expanse of open land yet never actually get anywhere, geographically speaking. So by process of elimination, the game must be all about the journey.”

Undoubtedly, looking at the title of this book many of you, readers would wonder, “Hmm, Machrihanish? Sounds strange. What is this? Does it mean something?” Partially your curiosity will be satisfied immediately with the opening of the book. Dan Miller uses as epigraph a poem called The Gowfers written back in the 1888 about this secluded but apparently striking place in Scotland. The poem’s old spelling is just a preparation to the rest of the book, where all characters (except the main heroine) speak Scottish dialect. However, after the first shocking impression their dialogues become completely understandable. In addition, such literary device gives a sense of authenticity and keeps the reader engaged. Moreover, with every page the novel’s odd but likable characters and growing plot help the reading becomes less and less challenging, and more charming. The author also provides a Scottish-to-English dialect translator and the golf’s glossary in the end of the book.

Kate McAlonan, the heroine of Machrihanish is certain that she has everything she wanted. Is it enough for this successful 32-years-old young woman to be happy, to feel a sense of belonging and safety? One day, while playing golf, Kate receives a phone call. The call is from her father. Absolutely unnerved she doesn’t answer it, believing that he, a devoted golfer himself, will completely understand her reasons. Unfortunately, she doesn’t have the opportunity to explain herself later. Being on his way to Machrihanish Golf Club (his constant destination for last 20 years), her father has a car accident. This is 5,000 miles east of LA, where Kate lives. Being a control freak, always knowing how things should be Kate finds herself in an unpredictable vortex. Unwillingly she begins a journey to the other side of the planet. How would this sudden voyage influence Kate’s life? Is having what you want the same as having what you need? Read the book to find out what changes visiting Machrihanish and meeting with her father’s local friends Kate will go through. Despite the heavy golf influence, this is a book for a much larger audience.