Mr. Mac and Me by Esther Freud 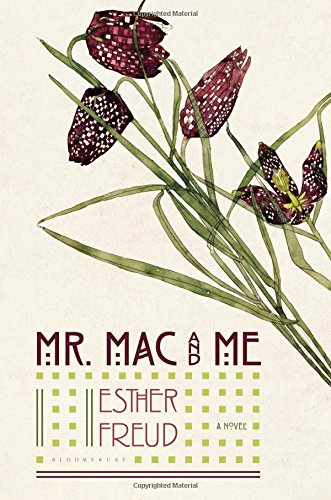 “He looks for all the world like a detective. He’s wearing a great black cape and a hat of felted wool, and he is puffing on a pipe as if he’s Sherlock Holmes…” This passage early in Mr. Mac and Me sets the stage for a story narrated by Thomas Maggs, a young boy coming of age in a village on England’s Suffolk coast at the outbreak of The Great War in 1914. The fictional Thomas befriends the pipe-smoking Mr. Mac, a visiting artist. In real life, Mr Mac was the renowned Charles Rennie Mackintosh who designed Scotland’s iconic Glasgow School of Art and was prominent in the early 20th century modernist movement – integrating art and architecture. He was also known for his landscape watercolors and, with his wife and fellow artist Margaret, he visited Suffolk that year to paint. The story is a captivating account of the boy’s confrontation with a hard life, highlighted by his brief bond with Mac and Margaret. Meanwhile, the townspeople are skeptical and wonder if Mac is some sort of spy…

The award-winning Esther Freud’s new novel of Thomas and Mac is being lauded as poetic, thoughtful, luminous, and lyrical. A book that holds up to its praise, Mr. Mac and Me is a good read.