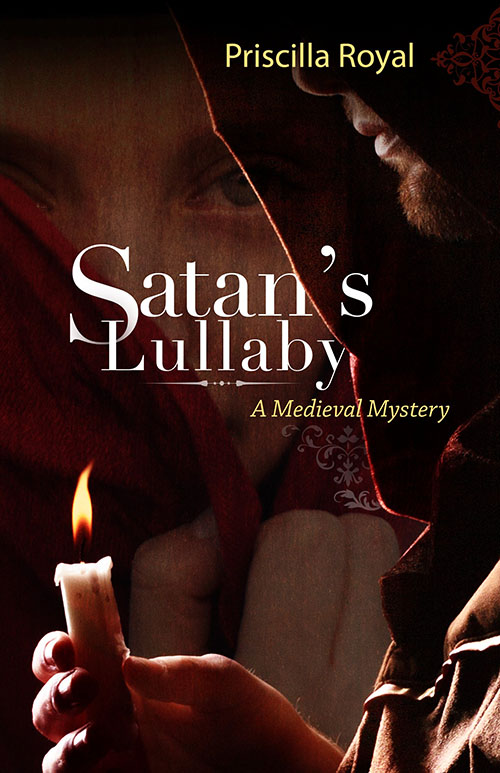 Prioress Eleanor’s maid, Gracia, has a bad feeling when she sees the visitors who’ve come to Tyndal Priory. A Father Davoir has arrived to inspect the priory, an event that causes much concern and consternation. When one of the visitors dies under suspicious circumstances, accusations fly and it’s up to Prioress Eleanor, Brother Thomas, Gracia, and Rolf the Crowner to solve this mystery.

“She was convinced that this man had only come to find fault, and she swore she would not be the one to give him any cause to do so.”

Written in the vein of Susan K. Penman’s mystery series, as well as drawing inspiration from Ellis Peters (Edith Pargeter) and Cadfael, Satan’s Lullaby is the eleventh book Priscilla Royal’s medieval mystery series featuring Prioress Eleanor and Brother Thomas of the Order of Fontevraud. But while this book fits into a larger framework and makes occasional reference to previous happenings, the book itself stands on its own as an engaging and intriguing mystery.

Readers who enjoy more sleuthing and less technology will likely enjoy this novel, as well as readers with a passion for historical fiction. One of the most enjoyable aspects about the story is that the characters behave and think like medieval people, not like modern people set down in a historical landscape. Royal has a pleasant storytelling voice and an adept hand with characters. This reviewer looks forward to seeing what else this series has to offer.