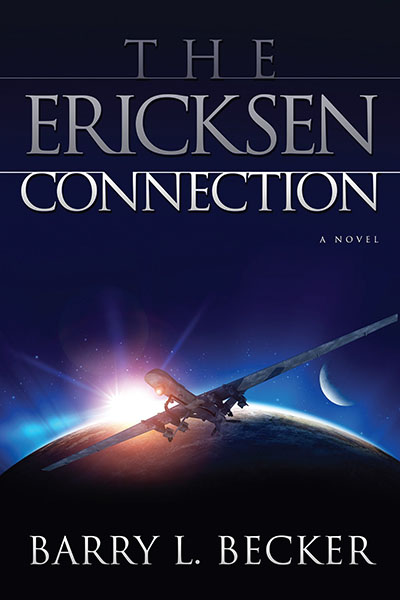 The wars in the Middle East have provided material for incredible stories. Often the terrible effects of PTSD are overshadowed by the heroics and downplayed into something that a person just learns to live with. Betrayal partnered with PTSD typically creates a multitude of trauma for the soldiers who have been faced with terrible circumstances and asked to commit terrible actions. The Ericksen Connection is a story about Mark Ericksen, a Navy SEAL in combat in Afghanistan, after recently losing his pregnant wife just a few months previously. During a mission, he is lied to by a commanding officer and told to execute a trusted informant because the man is a spy. Against his instincts, Ericksen complies, yet never believes he acted as he should. The lie is admitted, but no record or witness can corroborate the story, and Ericksen, forced to live with his actions, leaves the military.

Ericksen takes a job making a great deal of money working with government contract jobs and is contacted by the CIA to assist with operations to take down terrorists who want to cause additional devastation to American targets. All the while, corrupt political and military members create money- skimming opportunities and take advantage of the system. This same group begins to overestimate their own ability and create a trail through their own connections, which allows Ericksen to track down the motives of deceit and the connections to expose them.

This is a high-energy, fast-paced look into the world of the alphabet soup of agencies, military jargon, and pathetic political players who are so focused on greed, they don’t deserve the badge, uniform, or seat they were voted into. The book has multiple occasions of missing quotation marks, making the already complicated story a bit tedious. The amount of money involved is stomach turning and the technical language creates a book that is not a simple read. While thought provoking and saddening concerning the atrocities our military go through, the downplayed PTSD elements and the idea of luxurious financial freedom post-enlistment are overly fictionalized, and may pull the reader out of an otherwise realistic book. The heroics in the end and the closure for all make a great ending that ties up all loose strings and is action packed until the very last page.