Writers On Writing: Writing from Personal Experiences by Edwin Thompson 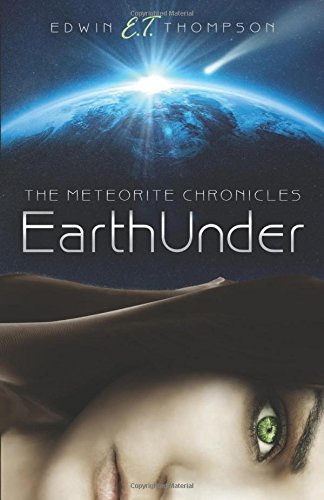 I love to read. I love to write and have always wanted to write science fiction novels. Having had the rare opportunity to live on the leading edge of science and outer space research, my career has been built on recovering rocks from space. This work has afforded me a unique perspective on the world, science and science fiction. Many of the fantastic possibilities created in science fiction novels are now science fact. Today, we have communicators in our pockets and on our wrists. We talk on the phone hands free, while driving our cars, cars that will soon be driverless.

Now is my time to be a writer. For me, the writing couldn’t have happened earlier. Writing is something that I have always wanted to do, but life got in the way. This life of experiences was needed in order to have the material to draw from. It’s only now that I have taken the time to do the work. This is not to say that everyone needs the same amount of time. Simply said, “It works for me.” Using the places I have been and the people I have known, I let imagination build the worlds my stories live within.

Many people are gifted with the ability to build entire worlds without ever leaving their desks. I admire those abilities. My writing emanates from a more tactile experience, a life of adventure and discovery. Having only written one novel, I know that I have a lot to learn. I cannot presume to know what it takes to be a successful writer. It is nearly impossible for me to come up with tips or suggestions that you have not already heard, read or practiced. A tremendous help for me is to work with what I know. Having made countless mistakes in my life, I’ve learned from most of them. Those lessons, over time become one’s wisdom. Whenever I step outside the boundaries of that experience, the number of my mistakes increases.

I cannot play the piano or draw sketches or sculpt, but I can tell stories and writing allows me to practice the art of story telling. I learn best by doing. Someone once said, “Anything worth doing is worth doing badly, just do it.” My hope is to entertain and inspire by folding life experiences with story telling and twisting the truth into a blend of imagination and reality.

EarthUnder is my first science fiction/adventure novel, the first in a series called The Meteorite Chronicles. The protagonist (Bryce Monroe Sterling) learns in a rushing flood of information that the planet we live on is not at all the world we take for granted. Between alien invasion and Man’s destructive lifestyle, the earth appears doomed. With the help of old friends and new allies, Bryce’s life transforms from hunting meteorites into a journey to save his home world. 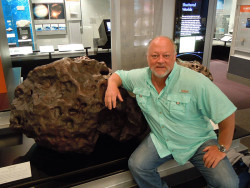 For over 40 years, Edwin Thompson has been a meteorite pioneer, continuously traveling the globe researching and discovering new specimens, educating experts and youth, and presenting to hundreds of thousands of people worldwide on meteorite hunting and cataclysmic impact. He has mentored countless now-renowned meteorite hunters, and, philanthropically, he has taught thousands of desert dwellers around the world how to locally discover and sell space rocks to help raise them from poverty.

Creatively, Thompson has studied writing, the early American novel, and English literature, and he is currently enrolled in a Harvard University writing program. For over 20 years, he has penned short stories and adventure articles for national magazines.

EarthUnder, Book 1 of The Meteorite Chronicles, is his first novel.