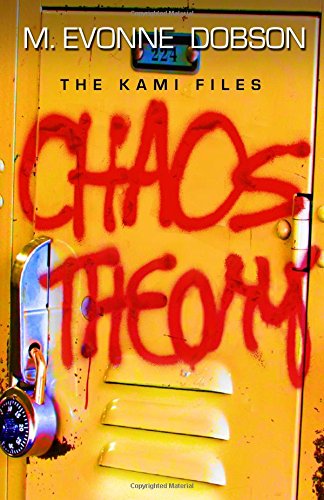 Running a Chaos Theory experiment in a high school locker isn’t exactly the extracurricular activity most teenagers would pursue. Gifted with a passion for knowledge, extreme intuition, and never-ending curiosity, seventeen-year-old Kami is not the average teenager. When Daniel “Drug Guy” re-enters Kami’s high school in the wake of his sister’s, Julia, death, rumors quickly fly, stating that Julia overdosed on Daniel’s drug stash. Believing that the rumors lack substantiality, Kami involves herself, determined to find out the true cause of Julia’s death. Assisted by her best friends, Sandy and Sam, Kami learns the truth behind Julia’s death along with more than she ever bargained for. When a small town mystery becomes so much more, will Kami be able to reach the truth or will she just find Chaos?

At first glance, Chaos Theory appears to be a “simple” mystery novel, where the death of a young girl is investigated. However, the story suddenly explodes and layers upon layers are added until a small town death involves the national government. While plot becomes more cohesive further in, the beginning of this novel is somewhat disjointed and slightly difficult to follow. Written in first person, Kami’s frank character embodies a level of quirkiness that leads to a lovable and believable narrator and character. Definitely one of the stronger points of the novel, character development holds a significant bulk in the enjoyment of this novel; characters are dynamic and are much more than meets the eye. Engaging the reader fully, Chaos Theory promises, and delivers, a captivating read for lovers of mystery and fiction.