Lying out Loud by Kody Keplinger 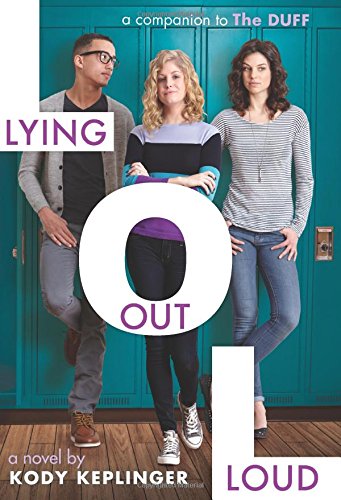 Nothing is worse than a liar. When everyone is used to you lying, it gets easier, but then it becomes hard to differentiate the truth from the lie, and even harder to admit the lie for fear of hurting those you lied to. Lying Out Loud by Kody Keplinger is an outstanding book about a teenage girl named Sonny. Sonny already has things hard, so to cover up she has learned to lie. When she starts to play a joke on the preppy kid, Ryder, who likes her best friend Amy, Sonny is swept away when she develops a friendship that turns into so much more. The catch is, Ryder thinks he is talking to Amy because it is all online. As Ryder attempts to connect in person with Amy, Sonny does all she can to diffuse the situation and eventually begins spending time with Ryder and he realizes he cares for Sonny…until the truth comes out. Sonny has to face that she has hurt the people who mean the most to her. The words ‘I’m sorry’ never seem to be enough to make up for the trust that was lost.

Trust holds value tied closely to the line of love and hate. Teenage angst amidst learning between right and wrong is combined with overcoming the mistakes in life along the way. Lying Out Loud is one book that could easily head to the big screen and is worth the read before it does.