The Northern Star: The End by Mike Gullickson 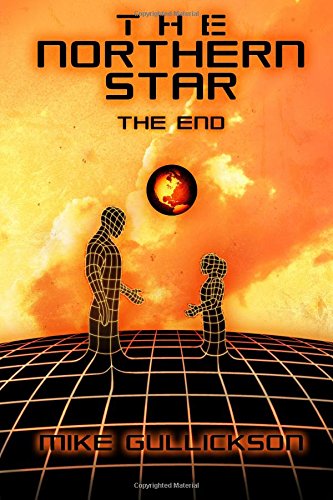 The Northern Star: The End by Mike Gullickson is the third book in a series of futuristic sci-fi novels. The Northern Star: The End takes place in 2093, around 30 years after the second book. A mysterious child escapes the grasp of Evan Lindo, the head of the Northern Star, a computer system that society has become linked into (similar to the Matrix movies). This sets off a series of events that leads John Raimey, a Tank Major past retirement, and a group of forgotten remnants of the civil war on a path towards starting a war against a self-proclaimed god and his Northern Star, possibly changing the course of fate of the world.

Unlike the second book, this book can be read as a stand-alone; there is enough background information that the reader would not be confused as to what’s going on and can still easily follow the plotline. There may be some slight feeling of redundancy for those who read the first two books as flashbacks are used to express the feelings and drive of the characters, but the author still gives new insight into the characters’ pasts that were not revealed in previous books. Many of the characters already well established from the previous stories are included as part of the group of main players in the unfolding storyline.

The book is extremely well written and keeps the reader’s attention throughout the whole story. True to sci-fi style, information is slowly exposed to reveal the true nature of the plot. It’s suspenseful and feeds the readers’ need to continue reading to find out what happens next. The language of narration is appropriate for its subject matter. There were a few minor grammar errors that were noted, but shouldn’t be enough of an issue to drag readers out of the story. Narration is appropriate and maintained throughout the book. Transition from one character’s viewpoint to another’s is well defined and smooth. There are only a few minor spots where narration becomes slightly overwhelming or time consuming without the plot moving forward, but maybe this would be a good time to step away and return to the book at a later time.

This book was overall a fantastic book to read. It’s entertaining and enjoyable with only a few slow sections in between.