The Rebel’s Redemption by Jacquie Biggar 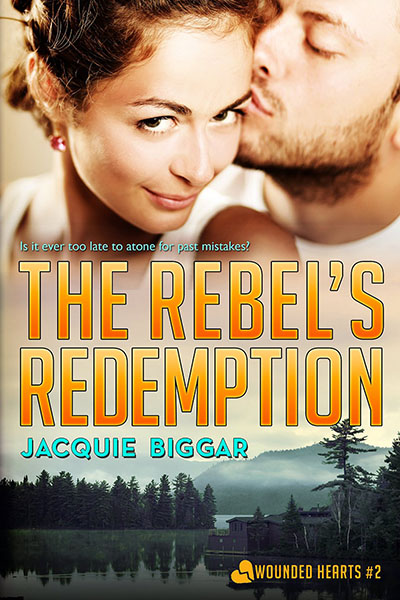 The Rebel’s Redemption by Jacquie Biggar is a thriller romance about a small-town girl and a prodigal son returning after a long absence. It’s clear from the outset that Annie and Jared have had a previous relationship, and he went a-running when things got a little too serious for him. The novel features a cast of other characters in the small town – including Annie’s son, who might have a secret of his own.

The Rebel’s Redemption has a pretty solid plot – it’s a girl-falls-in-love-with-boy-and-he-finally-sees-her type of story. The book starts out strong and readable, but about halfway into it the author introduces a couple of characters that seem somewhat unrelated to the story. It has kind of a jarring effect, and the remainder of the novel switches back and forth between these characters and the two mains – and it never really seems to find its rhythm. The author introduces danger fairly soon into the story, and eventually everyone has to band together to settle the issue. The characters are somewhat underdeveloped, and it seems as though the author wanted to fit too much into the story to be able to flesh out the multiple plotlines she’s introduced. Overall, the romance aspect is enjoyable and readers will likely find themselves rooting for the two mains to finally get it together long enough to realize that they have feelings for one another. It’s definitely a good quickie read and something that most fans of the genre will enjoy – despite the somewhat rushed feel of the story.