The Whole Beast by Kingfisher Pink 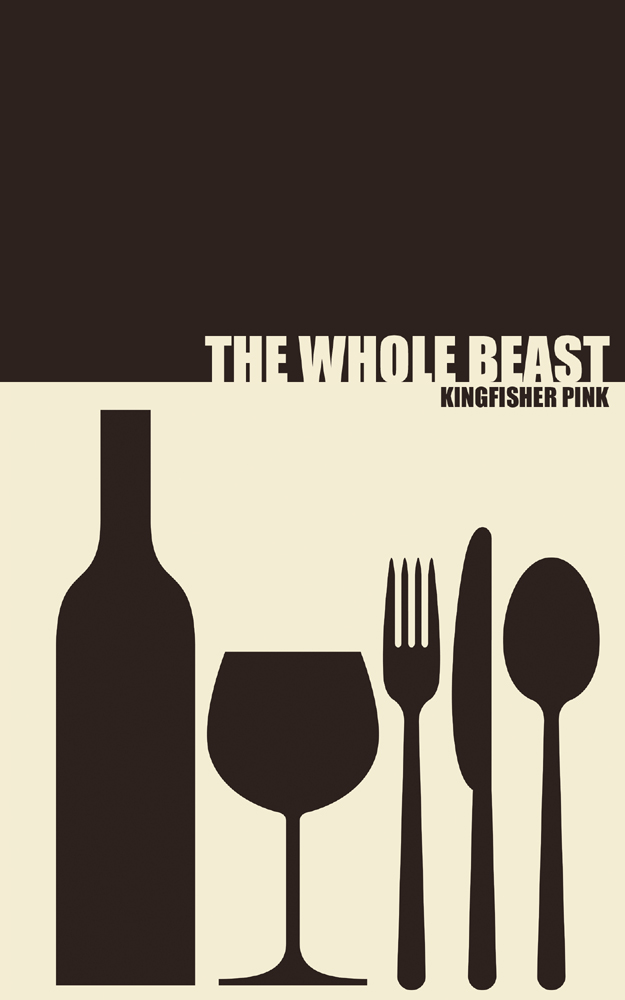 Kingfisher Pink weaves a wholly original tale in his novel The Whole Beast. The story follows Camrose Rose, a strangely likeable protagonist, as he stumbles through a fantastical time of transition in his life. Living in Portland, Oregon, and working as a forgettable television newscaster, Camrose is an unlikely hero. However, an assignment on the topic of wild mushrooms leads him into the woods where he and his cameraman are suddenly and unexpectedly accosted by an unknown creature. The confrontation not only leads to the death of the creature, but is also clearly and inarguably recorded on film for the world to see. Camrose is immediately thrown into the world’s spotlight as the creature he inadvertently slays is confirmed to be the fabled animal known as Bigfoot.

Although Bigfoot and, later on, other fabled creatures play a key role in this novel, it is undeniable that this story is about the quirky nature of man. Pink’s approach to the topic of Bigfoot is unique in that it examines the subject from many human angles, including societal, legislative, and culinary. The heart of the story is that of a man learning how to be a human; and a human, much like Bigfoot, is a confounding animal. In order for Camrose to find himself, he must learn how to successfully navigate the balance between the horrific and primal world of nature and the equally terrifying structure of human society and status.

In stark contrast to some of these complex new ideas is a startlingly simple story structure that is accompanied by a regrettable lack of character development. With the obvious exception of the protagonist, the characters appear to have been created simply to either progress the story or act as a reflection of the main character. They behave and act like tools to the plot. Similarly, there are some glaring plot holes. Readers’ willing suspension of disbelief has to extend further than the rather mild instance of accepting Bigfoot as reality. Some events that unfold after the discovery of Bigfoot are absurd in their extremity. Both the characters and the plot are driven by the need to properly illuminate the central theme of the story. Luckily, in the case of The Whole Beast, the theme is provoking enough to overshadow these shortcomings.

Pink’s novel is attention grabbing and possesses equal amounts of refreshing philosophy and page turning tension. The book is a breath of fresh air, introducing readers to original and curious insights. It will be a valuable and enjoyable read for any who make it a point of life to seek out adventure.