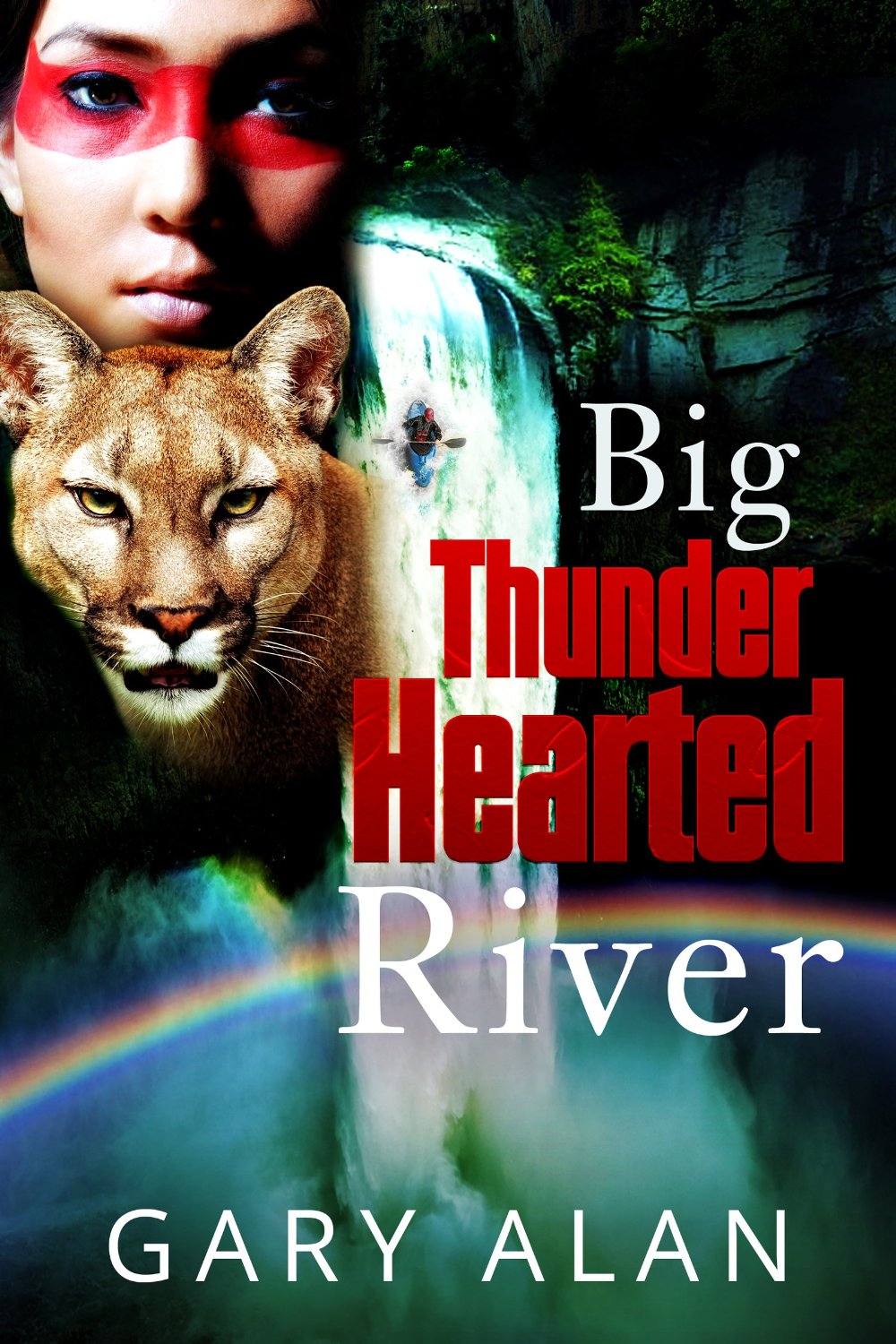 The rapids come alive in this first novel by Gary Alan, Big Thunder Hearted River. As a trip leader for a white water rafting company, Eddy Arway is a skilled rapid rider who has worked his way up the corporate totem pole. Growing up by the river has instilled a respect for the water and the legends of the Cherokee Indians native to Tennessee. The weekend before the season starts, Eddy and his co-leader and best friend Mack are completing the final new guide training session when Eddy becomes enamored by one of the new guides, Rainy. Amidst nights of ghost stories and heavy drinking, Eddy awakens from a hangover just in time to come to her rescue in a miraculous save on one of the most dangerous parts of the river, beyond the tour route, igniting an instant lust between them.

An erotic and frightening dream later finds Rainy and Eddy combined within the ghost story. The Cherokee woman pleads to be reunited with her long ago husband and children, a mission that only the most exciting of white water rides can fulfill. The craving between Eddy and Rainy intensifies as the summer goes, and their dreams are haunted by Redbird, the Cherokee woman who seeks her long-lost family and torments the pair. As the pieces of Eddy’s family tree fall in line with the legend, Eddy faces the whispers and challenges to set the spirits right, but also causes a terrible heartache for so many of the characters, which leaves legends for lifetimes to come.

Embracing a passion for the wilderness, respect for Native Americans and their hardships during the invasion of the white man, Big Thunder Hearted River is a thrilling novel packed with adventure and romance. Combined with heavy alcohol and drug use, sex, dangerous adventure scenes, and ultimate sacrifices, the book is truly intended for adult readers, but will impart a respect for the power of true love.