Genius! The Most Astonishing Inventions of All Time by Deborah Kespert 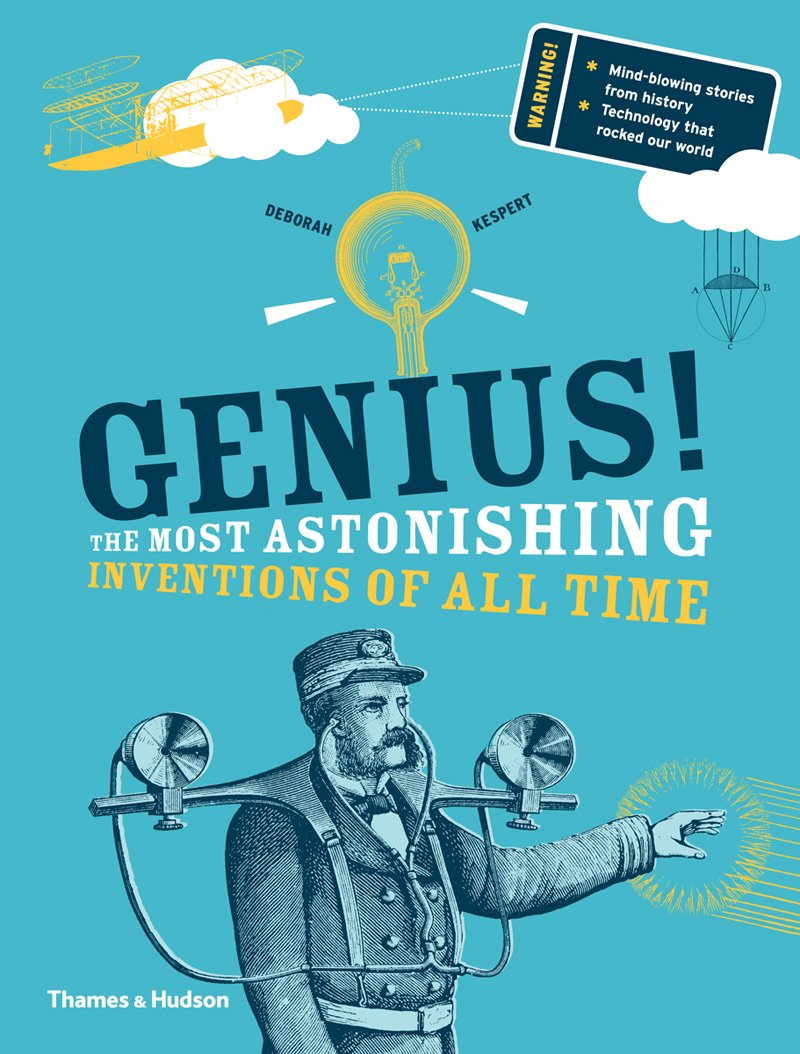 This is a fascinating book for any scientifically – or historically – minded kids, and is one of those rare books that can be appreciated by kids of a wide age range. Younger kids will like the sidebars and drawings that make the concepts easy to understand, older kids will be excited to try some of the experiments suggested in the book, and new facts will pop out at them during repeat readings.

Genius! showcases some of the most world-changing inventions throughout history – or maybe just coolest and most impressive, like the Tesla Coil. There were inventions and inventors featured in here that even adults wouldn’t have heard of, including a few women inventors. It was especially nice that it wasn’t just gadgets invented in the Western world either: ancient Chinese and Middle Eastern inventions were also included. These more obscure scientists won’t be on your standardized test prep, that’s for sure – and that’s a great thing for kids to be exposed to.

The book has brief explanations of many inventions, but there were still some facts that weren’t covered in as much depth as they could have been. There was a section in the back of the book giving a short paragraph each to inventions by kid inventors, more women inventors, things invented by accident, and truly oddball inventions like the “monocycle,” a one-wheeled motorcycle. I would have liked to read a whole book just on those, or at least seen them given more attention.

The book is fabulously designed, and each page is dynamic and eye-catching. The engaging design, coupled with a real effort to make even the most old-timey gadgets relate to our modern lives, will help keep kids’ interest. This is one to give to any young people in your life with even a passing interest in science or engineering, to help raise the next generation of genius inventors.