Grounded: The Adventures of Rapunzel by Megan Morrison 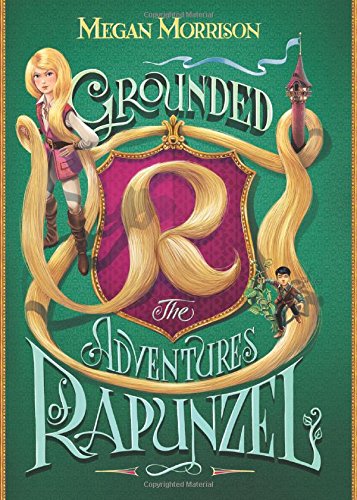 Fairy tales as you imagined them have taken on a whole new twist and is an exciting adventure that unfolds in Grounded: The Adventures of Rapunzel by Megan Morrison. Enter the world of Tyme, where Rapunzel is happily living atop her tower protected by Witch. Not A Witch, or The Witch, but her name is Witch…at least according to the self absorbed, spoiled brat, Rapunzel. Twisted into a world created by Witch to make her afraid of the outside world, Rapunzel is fooled and naïve. When a peasant name Jack appears and changes everything, Rapunzel is tricked into leaving her tower, which destroys the world she has always known, and she becomes aware of the real world around her. The twisted part is she has to decide which version she wants to return to.

This grown up version of a fairy tale is fantastic. Aimed at tween ages, Grounded: The Adventures of Rapunzel is a book perfect for anyone who loves reading different versions of fairy tales. Only the basics of the young girl, the witch, the tower and a prince exist from the framework of Rapunzel as we have always known. This new adventure is the first in a series, and will be one to captivate you right from the start.