I Will Not Kill Myself, Olivia by Danny Baker 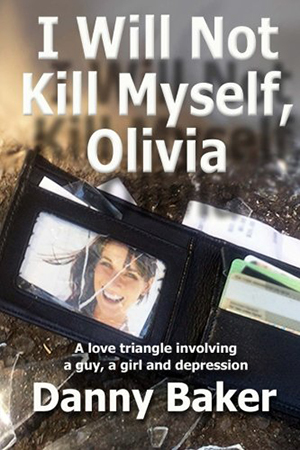 “But as I’d find out time and again, sometimes the most fucked up disasters are the ones that start with the purest innocence.”

Daniel Baker, a 26-year-old Australia, is an ardent mental health advocate whose memoir, Depression is a Liar, was published two years ago. His second book, I Will Not Kill Myself, Olivia, is also written as a form of memoir and ponders the same subject matter. This is a difficult topic to deal with. Theoretically, everyone knows that no one is immune to any illness, including depression. However, until a person faces depression, he or she thinks it would never happen. Even when such things happen, many people remain in denial. Although it isn’t hard to recognize depression’s symptoms, there is still a stigma about mental diseases. In many cases, mentally ill people feel embarrassed to admit their problems. They often turn to professional help only after thinking their “evils” could be overcome by determination, hard work, etc. Especially when other people perceive an ill person as successful and question the existence of a problem at all.

This is exactly what happened to the novel’s protagonist, Jimmy Wharton. Growing up watching legendary surfers in prestigious Manly, with its famous beach, Jimmy is obsessed with becoming a world champion and professional surfer. At age six he catches his first wave, and a few years later he wins the Under 15 World Title. However, a tragic accident prevents him from achieving his bigger goal. He succeeds in other goals, but they aren’t perfect, and instead of feeling the world at his feet he gradually starts perceiving himself as a loser. As probably many teenagers do, Jimmy seeks escape in different unhealthy solutions. There is only one thing that keeps him alive: love.

I Will Not Kill Myself, Olivia is an appealing story addressed to a broad spectrum of readers. For some readers, Jimmy’s story can help them to face their own problems, for others it might create a better understanding of people suffering depression. Young readers may see a “typical” teenage behavior from a different perspective. Parents may become more attentive to their teens. In any case, by buying this book you will participate in a good cause, since the author donates 10% from its proceeds to the charity Depression Is Not Destiny.