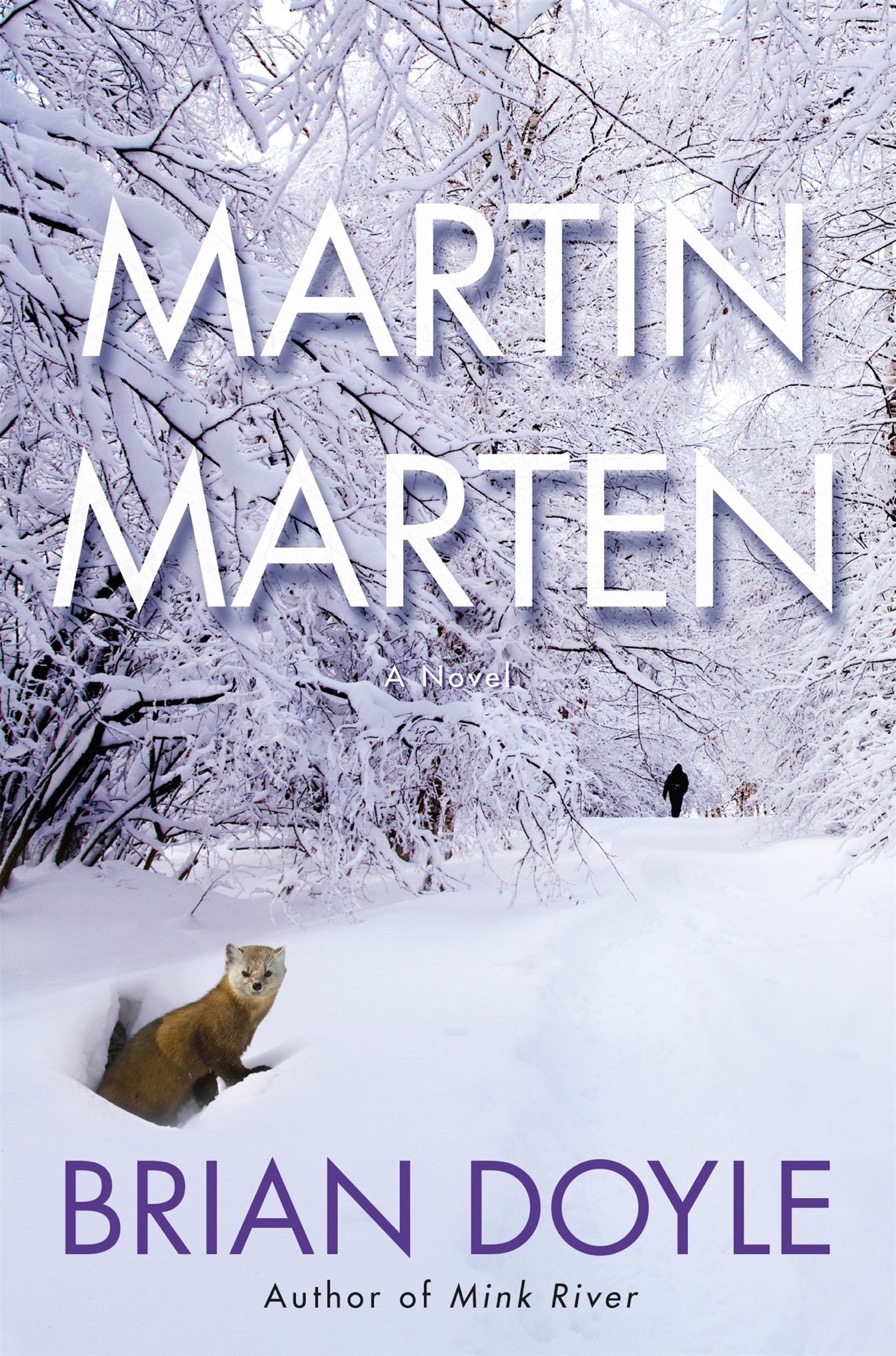 Brian Doyle’s novel Martin Marten unfolds on the southwest shoulder of Mt. Hood in the Oregon Cascades. Doyle never mentions the name Hood: he calls it by what the ancient Multnomah tribe knew it as: Wy’east. The land and its occupants have nothing to do with a British lord named Hood. It is fitting that the story names one of its central characters as the First People called it.

The novel is character driven and written headlong, sometimes breathless, sometimes with a stoic awareness of life as it is, but always with a poetic lilt that has become Brian Doyle’s signature. It is a collection of rites of passage tales for all manner of beings. There is Dave, a “regular guy” who is fourteen and about to enter high school in the small rural community of Zigzag, Dave’s mother and father eking out the family’s existence however they can, and his sister Maria, an inquisitive and precocious girl of six. The rich set of characters also includes Miss Moss, who owns the Zigzag store, Dickie Duncan, a trapper with a wise philosophy, Mr. and Mrs. Robinson, the Unable Lady, and a mix of other community members who each bring a color and texture to the tale.

Not all of the characters are human. We meet Lewis the elk, Edwin the horse, and of course Martin, a young pine marten of fierce intelligence and a fascination for young Dave.

Doyle weaves his rites of passage tales throughout this magical community and challenges the reader to make refreshing leaps of faith not required in the work of most other authors. Little by little, he reveals the core of what it means to be alive, to breathe the air, and to eat other creatures as we all must.

Dave and Martin don’t become best pals. They don’t hang out together in an anthropomorphic sense. When Dave runs through the woods, Martin is compelled to race along with him in the canopy far above, most often without Dave being aware. Martin doesn’t understand why, he just follows. When the story finally does bring them together, the moments are presented in a way that is uniquely Brian Doyle.

“Could it be that moments like that are why we invented religions and dream of peace in the bruised world and write books and music, trying to find the right sounds and stories for the thing we know but cannot say?…Is this why we write and read, in the end, in order to find new words for the things we feel but do not have words for?”

Doyle grapples these questions without pretense or awkwardness. There are a couple places where the narrator invites the reader to become a character in the story. He’s taken a couple hits in reviews for this direct address of narrator to reader. In my view, he uses it so skillfully that if feels utterly natural. This, too, becomes a rite of passage for the audience. Shakespeare used direct address. I can see no reason why Mr. Doyle cannot. When properly done, it pulls readers even deeper into the story.

Martin Marten is a book that many readers will want to read again. The relationships revealed throughout feel right, like the reader is privileged to witness what transpires. All of the stories follow the thread of those things we feel, but have no words for. It is the crux of the novel and that is a dangerous place for a writer to try and go. Brian Doyle seeks that magical connection with the reader and, in Martin Marten, is wonderfully successful in his effort.