Meet Me in Atlantis by Mark Adams 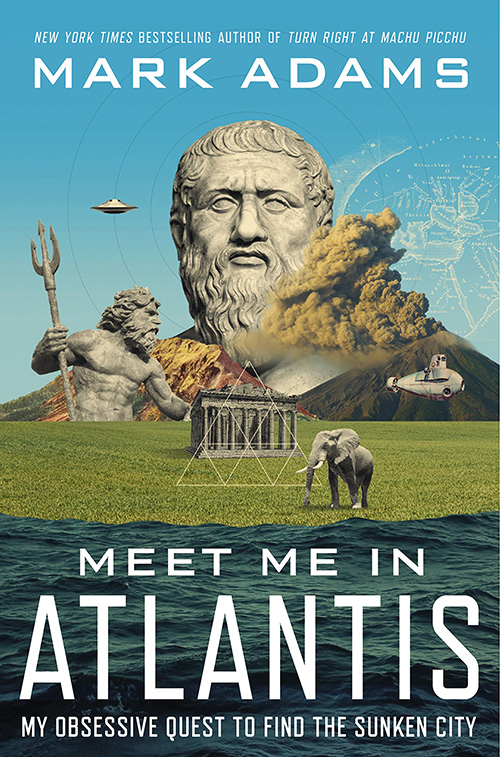 Mark Adams’ Meet Me in Atlantis chronicles his journey to try and understand if and how much of the Atlantis myth is based in history. Adams initially became interested in Atlantis when he was asked to write a short magazine article about philosophers, however, the Atlantis story stayed with him. Unlike many other philosophical parables, this is a story that presents a lot of specifics-sizes, distances and specific buildings, as well as a method of transmission for the myth from Egypt to Greece. This led to more in-depth research, flights around the world (primarily to the Mediterranean) to visit possible sites, and deep personal connections to some of the leading figures in the field of Atlantology.

Ultimately, this book presents the most popular ideas about Atlantis without trying to suck the reader into a conspiracy or push a single definitive solution to the problem. Adams is primarily a travel writer, and this quality shows in this book, as even at the end of the book, several of the people and places he visited are as vivid to me as a reader as anything about Atlantis.

If you’re a reader who enjoys reading about sometimes fringe ideas, but aren’t looking for books about ancient aliens, this will be a great read for you. Also readers who have at least a passing interest in philosophy, Plato, or the Mediterranean will all probably get something out of this book. If you are looking for ancient aliens or definitive propositions about the locations of Atlantis and how the society was built, this is not the book you’re looking for.