Moscow Venture by A. K. Celer 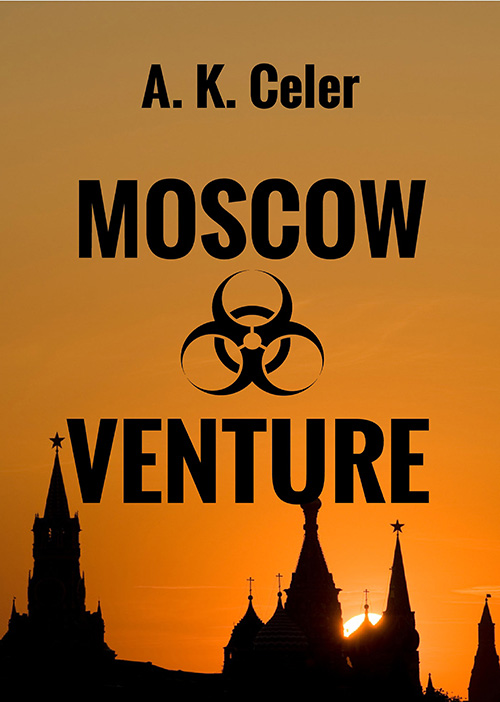 When John Baran learns that one of his closest friends, David Chernov, has died from an abnormal stroke in newly liberated Moscow, he travels across the world to Russia to investigate his death. Working for Cellcomm, a company working to create a worldwide telephone service, John learns that David’s employment for Cellcomm was a cover for his actual job as an agent for CIA. Given his military background, John is quickly recruited by the CIA to fill in for David’s position within Cellcomm, as well as finding out the truth behind David’s death in Russia. Immediately upon his arrival in Russia, John learns that Moscow is more than he bargained for: while Russia may run more democratically on paper, many things have not yet changed since the Cold War era, including the government’s control of everything. While finding out the truth behind David’s death, John learns that the United States may soon be under attack from the KGB. In order to solve the mystery of David’s death, John will have to discover the truth lurking behind the Moscow Venture.

In a world where spy novels are filled with blazing gunfights and secret agencies, Moscow Venture deviates from the norm. However, where this novel lacks in blatant drama, it makes up for in suspense. Traversing back in time, Moscow Venture brings the reader to the end of the Cold War and into the middle of fraud, scandal, and murder. First, addressing the historical aspect of this novel, A. K. Celer demonstrates his proficiency of the time; details of transportation, cities, and technology are believably written within the timeframe given for the plot. Along with an accurate depiction of setting, Celer portrays the attitudes and beliefs of the citizens of Moscow realistically, capturing their uncertainty, fear, and hunger, through not only their words, but also actions. The character of John Baran proves to be the ideal man for the job: daring, independent, and forceful, all characteristics needed to deal with the corruption he faces. Celer breathes life into his characters, giving them each personalities both unique and suited to the needs of the novel. While Moscow Venture may not be the stereotypical action/spy novel, it has more than enough plot suspense to keep readers thoroughly enthralled and entertained throughout. What seems to be a simple storyline quickly turns into a page-turner filled with plots and secrets. For readers who enjoy political drama, as well as espionage, Moscow Venture is the book for you.