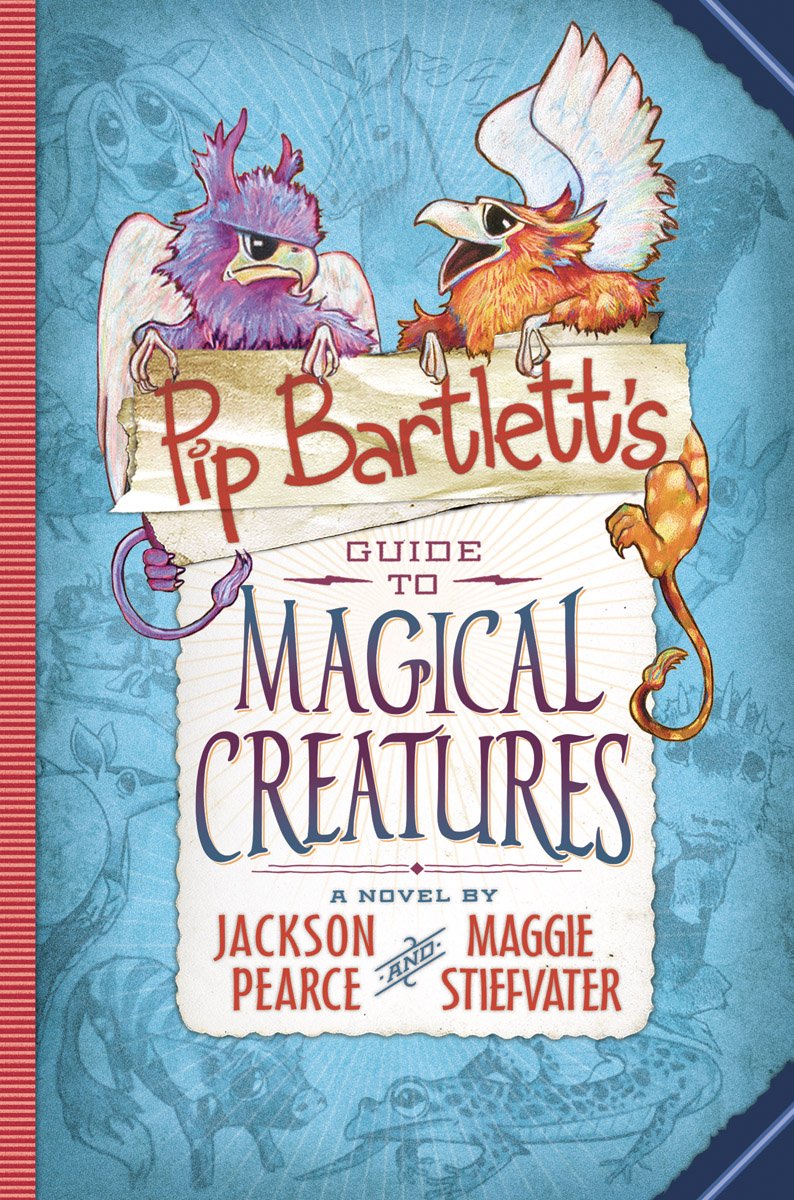 Unicorns are magical animals, but did you know they are incredibly egotistical and some are so nervous it is just safer for them to walk around, guided, with their eyes closed? Introducing Pip Bartlett’s Guide to Magical Creatures by Jackson Pearce and Maggie Stiefvater. Nine year old Pip can talk to magical creatures; however, no one truly believes her. After an incident at school where she is responsible for allowing a unicorn to show-off and create a stampede, Pip’s parents have her spend the summer with her aunt Emma and cousin Callie. Emma is a veterinarian for magical creatures and specially licensed to care for unique animals. Her practice is overseen by S.M.A.C.K.E.D., a special department that regulates the interaction of magical animals. S.M.A.C.K.E.D.’s terrible representative comes on the day Pip arrives. While trying to overcome the humiliation of the ‘incident’ at school and bravely befriend a grumpy griffin, Pip makes a new friend and interacts with animals she has never encountered before, including an infestation of fuzzles. Fuzzles, as it turns out, are small animals thought of as pests, instead of pets, which burst into flames when scared or excited, causing damage around them, but none to themselves!

Pearce and Stiefvater create an adorable story that appears to be the beginning of a series, and one which will have readers eager to read and laugh along. With imaginative allergic reactions, such as unicorns causing hiccup bubbles or people floating uncontrollably around a Grimm, children will adore meeting new animals and falling in love with their new favorites.