The Ballad Divine by Dev Bhattacharyya 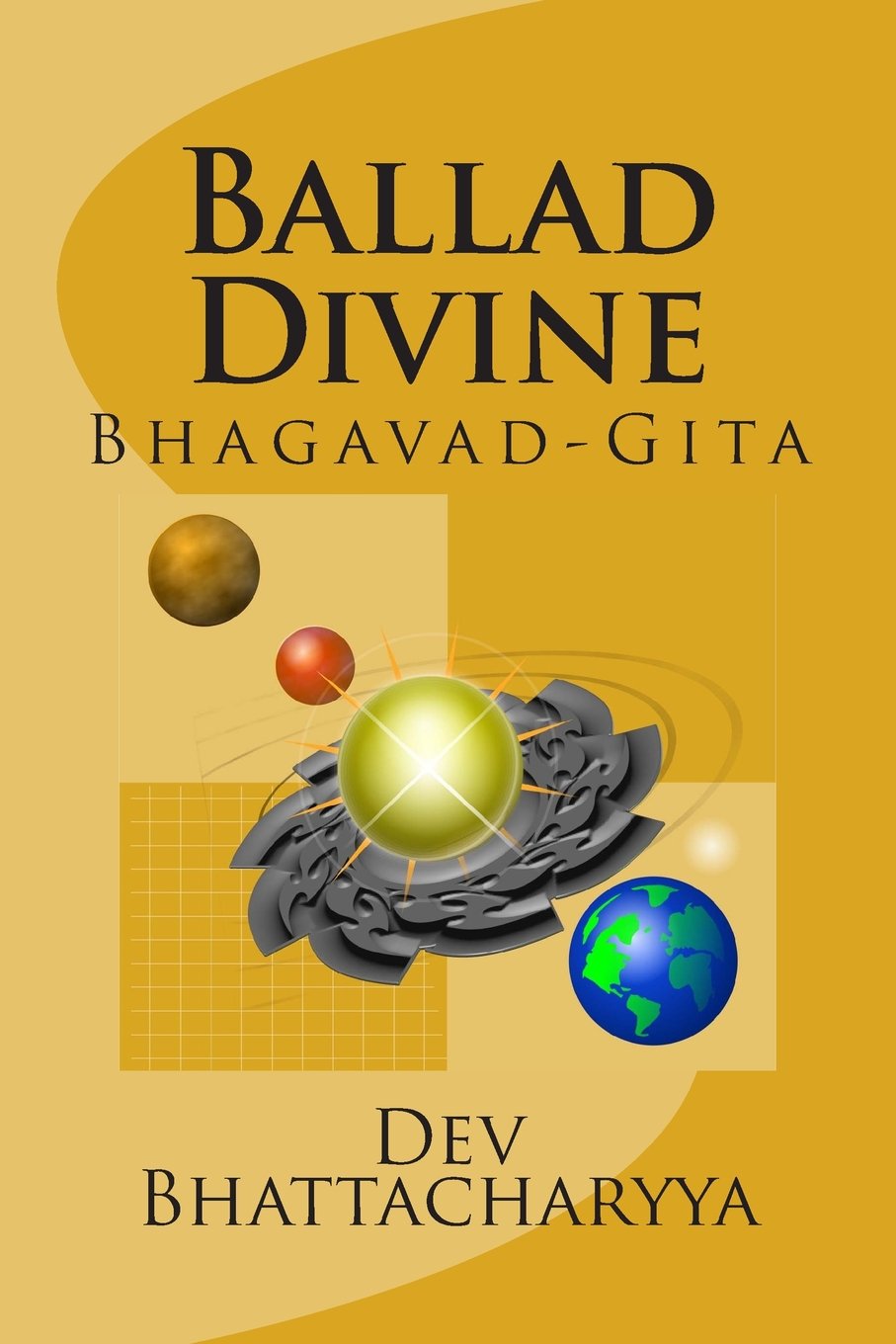 Dev Bhattacharyya’s The Ballad Divine is a new English verse translation of The Bhagavad Gita. The Bhagavad Gita, along with the Vedas and Upanishads, is one of the cornerstones of Hindu religious literature. It has often been called the Gospel of Hinduism. It is part of the Mahabharata, the epic story of the Pandevas, and their fight against their cousin Duryodhana and his ninety-nine brothers. The Gita opens on the eve of the great battle. Arjuna, one of the Pandevas, is reluctant to fight his own family, but Krishna urges him to fight. The Gita is Krishna’s instructions to Arjuna on how to control his thoughts and passions, how to act, and what the ultimate meaning of existence is.

Krishna instructs Arjuna in the different kinds of yoga: knowledge, action, renunciation, meditation, mysticism and devotion. Yoga of knowledge is the knowledge that beneath our world of change there is a single reality, and that birth and death are two sides of a spinning coin. The yoga of action entails acting selflessly, without expectation of results; to do one’s duty simply because it is one’s duty. This may be the most needed insight for our generation. In a society obsessed with results and reward, learning to act without self-interest may bring a much needed serenity to our anxious times. The wise person, Krishna instructs Arjuna, is self-controlled and not attached to sensesation, realizing that pleasure and pain come and go. The sage recognizes Brahman in all things and is not shaken by the flux of things. Brahman is the name given to the ultimate reality that lies beneath everything, and it is the purpose of every soul to become one with Brahman.

“It is not born and will not cease.
It is not that which comes
Once into being
And passing away, will never surface.
Unborn, eternal, without constrain,
It is not slain when body is slain.”

The Bhagavad Gita was originally written in Sanskrit, which is difficult, almost impossible, to translate into English. Dev Bhattacharyya seems to have made his translation as literal as possible, which makes it a bit awkward and difficult to understand in English. There are sections in which the English doesn’t make any sense, syntactically or grammatically. Bhattacharyya has also tried to stretch the language in order make it rhyme in some places, but the rhyming is often sporadic and inconsistent. But there are still moments of beauty in it. Bhattacharyya’s translation seems meant for the already devoted Hindu, and there are many phrases and ideas that the typical Westerner may not understand. However, those outside of the Hindu tradition who are curious about will find many interesting and beautiful insights for how to live a more meaningful life.