The Game of Love and Death by Martha Brockenbrough 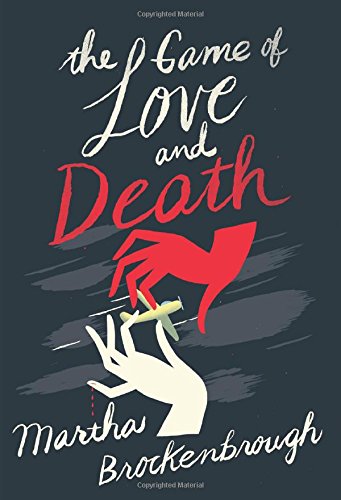 Imagine Love and Death as beings. These beings take shape among us and over time have created a game to play, each choosing a human and setting terms of how to judge and score. Death typically chooses to take the lives of player(s) involved, as Death typically wins. This is the arrangement which sets up The Game of Love and Death written by Martha Brockenbrough.

Set in the 1930s of Seattle, Washington, Death chooses Flora, a young black girl whose parents died in a car accident when she was an infant. After her Nana cared for her all of her life, she now cares for Nana working as a singer in the restaurant her father owned with her Uncle at night time, and during the day she is an airline mechanic with skills for flying that compete with Amelia Earhart. Love has chosen Harry, whose parents also passed away as a young child. Harry lives with his best friend Ethan and family. As a white boy who loves creating classical music on his bass, he encounters Flora and is smitten with her, attending her show nightly.

Death and Love have a way of stepping in to sway each side and observe from the role of a person in their lives. Love is determined to win even knowing death is inevitable. The Game of Love and Death is an exceptional idea told in an emotional format creating a timeless love story.