The Magician’s Daughter by Judith Janeway 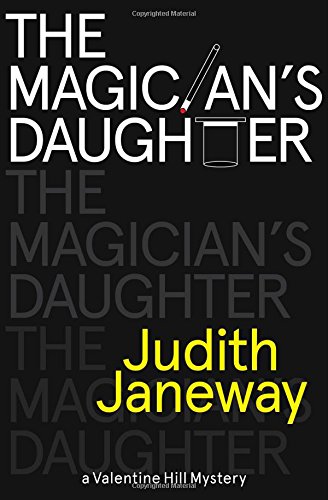 After growing up with an extended family member, Valentine Hill attempts to use the values she now carries with her. Living as a con artist to get by in the world, Valentine is in over her head when the FBI seeks her out. Valentine thinks she might be able to turn things around when she gets picked up by a cab driver who turns out to be a Good Samaritan, named Rico, until things get worse and she finds herself in deeper than ever. Rico has several surprises for her and, while she isn’t sure of why she wants to trust him in spite of a lie or two, she forms a plan of her own. While doing a few tricks she has up her sleeve thanks to the life she had to live after her mother abandoned her, she ends up finding romance and her happy ending.

The Magician’s Daughter is a delightful story about finding some good in a world turned mean and ugly, knowing that truth is out there and will come out in the end. Valentine is a strong, independent character who makes her own way in life despite her circumstances, lets no one stand in her way, and lets nothing hold her back.