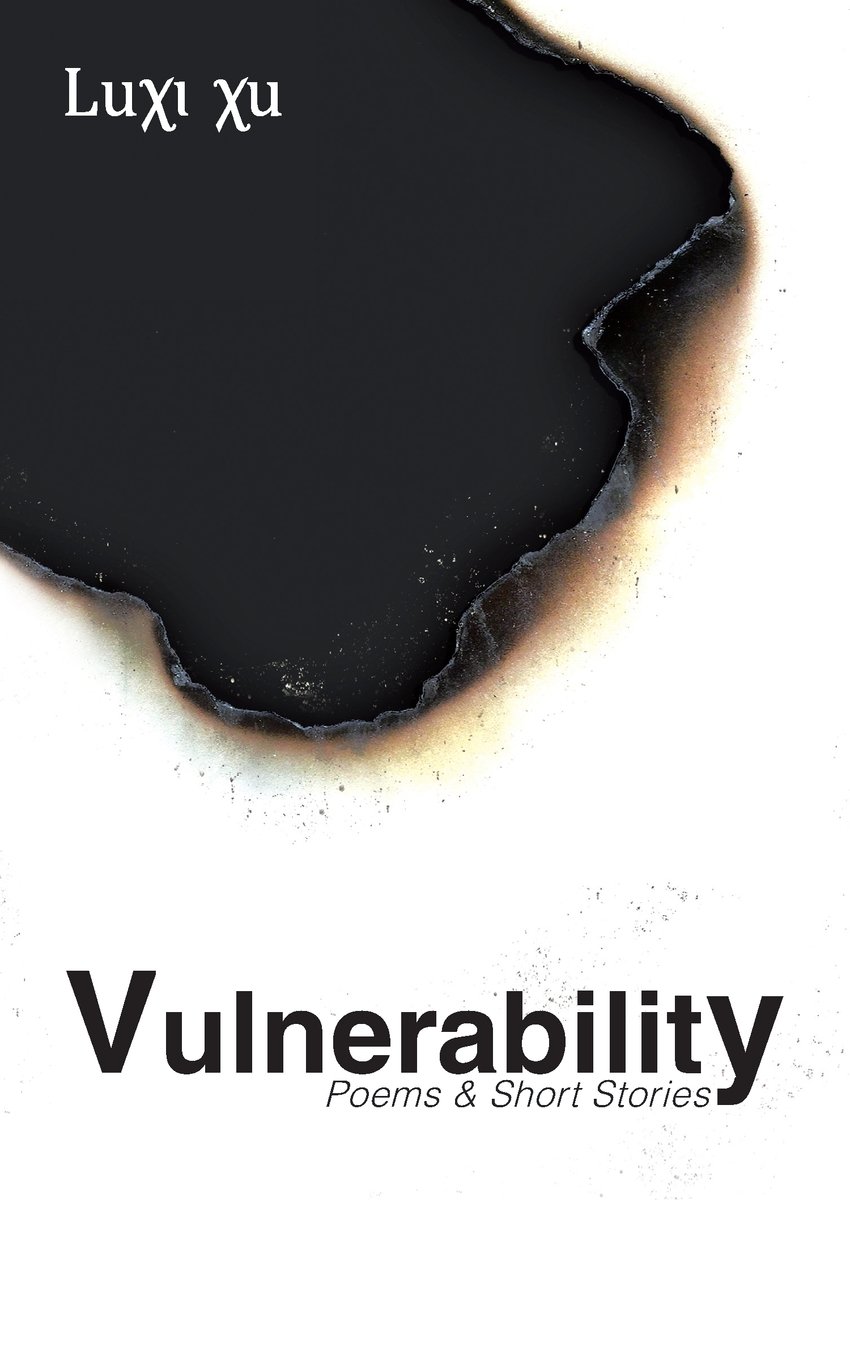 Vulnerability is a compilation of short pieces by Luxi Xu, focusing on the vulnerability of human nature. The book contains a slew of short stories, prose, and poetry, all ranging in length from several pages to just a single sentence. There are strong themes of depression, loneliness, anxiety, love, heartbreak, and the sheer chaos of being a human throughout the text, motifs every person can easily relate to on some level.

Expressing oneself through poetry and prose is a difficult feat, especially since poets have been writing about the same subjects for decades – centuries, even. In this train of thought, Xu’s writing doesn’t say a whole lot that readers haven’t heard before. While the common themes of the poet’s work are easily relatable, the writing tends to lack when it comes to language and imagery. There’s no flow or rhythm to the ideas Xu puts down on paper, no carefully constructed lines that pack a punch to the readers’ guts. The short stories read more as diary entries than anything else, and most of the poems feel like clumsily thrown-together sentences in which Xu took advantage of the enter key. The titles of the poems are incredibly blunt, usually just laying out the general theme of the piece, which leaves the reader wishing for a bit more creativity.

While most of Xu’s work reads as either too blunt or too cliché (often both), two of her pieces prove to be quite problematic. The poem “Perfect Man” not only calls the ideal man for most women “gay at so many different levels,” but Xu feels the need to comment on what certain ladies look for in partners. In her second paragraph, she claims, “‘Classy’ ladies all want boys playing men in big expensive suits” and that “airy school girls just want hot boys who will f*** them eight days a week,” even though those airy girls will give the men “a variety of STDs”. These gross generalizations are as cringe-worthy as they are faulty; to slump literally millions of women into the same category is worth an eye roll. The other problematic piece is “Thread of Destiny,” which starts with the lovely idea of soulmates being tied together by their eventual wedding rings, but it then goes into how a necklace given to a woman by a man is a collar which “will keep her imprisoned and speechless,” and how bracelets are like handcuffs that “will keep her submissive and powerless.” What started as a lovely piece may leave readers puzzled and concerned. Clearly a person presenting his or her partner with a piece of jewelry, be it necklace or bracelet, is not doing so as a domineering gesture, making the entire sweet metaphor of the story completely lost.

To be fair, there are some nice pieces found in Vulnerability. Pieces such as “Complicated Love,” “Tears,” “Jumbled Inside,” “Epiphany,” and “Milk” are among the best of Xu’s writing. The short essay “Autumn” has some quaint descriptions of the fall season, and there’s a great deal of truth about students’ lack of sleep in “You Snooze, You Lose.” “Wonderland” is a fun poem, which compares real life to that of Carroll’s Alice in Wonderland. The best piece in the entire book is “Sky,” which reads, “The sky this morning / was painted hurriedly / by a lilac loving child / who hated the darkness.” Short and simple, but still beautifully done. However, despite how good these pieces may be, they are only a handful of enjoyable poems and prose out of over ninety pieces of writing. While this was a decent effort for a first book of poetry, one must hope that Xu spends more time honing her craft before her second attempt.