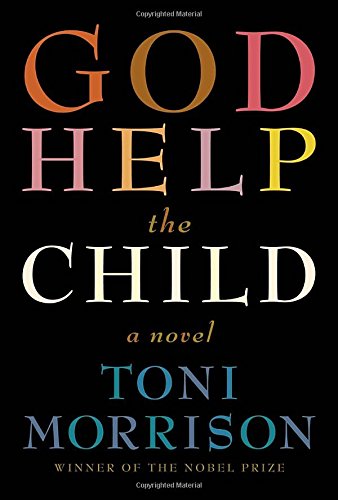 One in every 30 children in the United States is homeless, according to HomelessChildrenAmerica.org. One in five girls and one in 20 boys are victim to child sexual abuse in the United States, according to VictimsofCrime.org. According to a 2012 UNICEF report, the United States was ranked seventh out of 10 countries that represent more than half of all child homicides. These statistics only include reported crimes and don’t account for many of the other horrors children face: racism, insults, bullying, beatings, kidnapping, self-loathing, illness, abandonment, homelessness, and other evils. God help the children, indeed.

Such startling high statistics make it nearly miraculous for any child to grow up unscathed, yet writers often shrink from exposing the harsh realities. Nobel laureate Toni Morrison masterfully brings child abuse to the forefront of God Help the Children. She doesn’t revel in the gritty details. Instead, the past is constantly shaping the present of the captured stream of consciousness of Bride and other characters that surround her. There is one final childhood evil that haunts these adults: guilt. It doesn’t take much for a strong, capable adult to slide backward into the terrified child he or she once was.

This is one of Morrison’s few contemporary novels. Although she flirts with the magical realism, as she’s done in the past, she never fully commits. The result is that it comes across as either psychological or metaphorical, depending on the reader’s interpretation.

Morrison is such a masterful writer that even those who don’t prefer stream of conscious novels may find them sucked into these minds, turning page after page of this short novel until they’ve finished the book in one sitting.

Booker cut her off. “Scientifically there’s no such thing as race, Bride, so racism without race is a choice. Taught, of course, by those who need it, but still a choice. Folks who practice it would be nothing without it.”