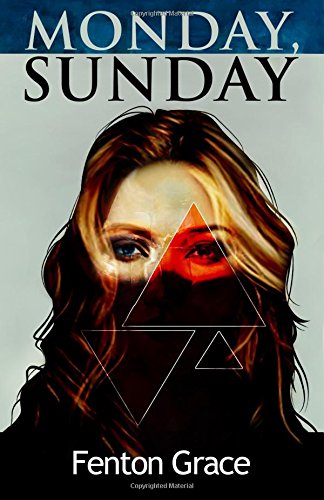 Monday, Sunday is a debut novel written by Fenton Grace, but this uncommon love triangle drama is a bold first. Its controversial topic may disturb many readers, but what is literature for? Good literature should provoke our thinking and this novel does that well. Readers will be swirled in a vortex of their own and of Laney Secord, the main protagonist’s thoughts. Similar to hers, the reader’s thoughts probably wouldn’t be easy. So many things have happened in Laney’s life in just a week, starting one Monday, when Chris, a sixteen-years-old boy stops by her door soliciting for his Boy Scout trip to Mount Rushmore. The every day boring routine of this beautiful thirty-two, blonde, unemployed widow rapidly turns to an avalanche when she allows this boy to kiss her. The kiss leads to Laney’s intimate relationship with the boy and his divorced father. All three of them demonstrate strong feelings, but can it be love? If it isn’t love and this is just a manipulation, which person is manipulated by whom?

“She had no one to blame but herself.”

Readers will learn as the book goes on that this is not the first time that Laney has followed her sudden, not necessarily sexual, desires. Although being a widow and having a seven-years-old son, Laney often behaves on an impulse, like a spoiled toddler who wants his parents to buy him a toy immediately. Overwhelming scrutinizing and self-analysis doesn’t help Laney in making good judgments. Falling apart, she is full of guilt, but is unable to answer to surrounding her people how she could do what she does. If Laney seems to be so immature, then maybe Chris is the right person for her?

From time to time reports of similar scandalous love affairs hold front pages of the newspapers, and like many of them Laney’s story doesn’t have happy ending. In her selfishness Laney can’t foresee real consequences of her actions, but how would you deal with the mess of Laney’s feelings and decisions? Like everyone she just wanted to be alive, needed, and loved. Would you ever think she could be proud of herself? Would you ever feel empathy for her?