NIGHT PEOPLE, Book 1 – Things We Lost in the Night: A Memoir of Love and Music in the 60s with Stark Naked and the Car Thieves by Larry J. Dunlap 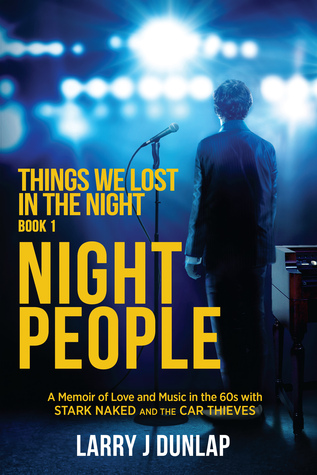 This is the first book of a lengthy two part memoir that details three years in the lives of a mid-to-late 60s cover band. The author has a nice breezy style of writing, but the amount of detail included is overwhelming. Even the average music fan is going to wonder why they should read a detailed description of a band that mostly played Las Vegas lounges and never had anything resembling a hit record. It takes the author over three hundred pages to bring up the question of why no one in the band seems to have the ability or the incentive to write original music. Given that these were the years of the Beatles and Bob Dylan standing popular music on its ear, this question is seemingly unanswerable.

Readers that are fascinated by the internal politics of a band, with its various personal and musical conflicts may find this book to be of interest. However, due to the immense detail that is included, this book may only be able to find a niche audience. Judicious editing and cutting might have made for a book more palatable for a larger audience.