The Intern’s Handbook: A John Lago Thriller by Shane Kuhn 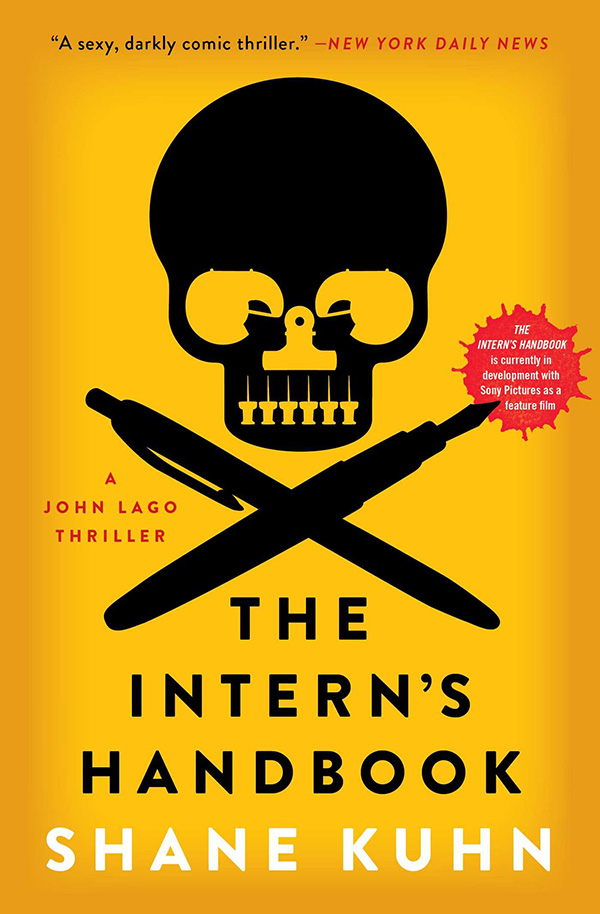 The central character of this first novel by Shane Kuhn is a 25-year-old male, John Lago, who works for the company HR, Inc. The company is a placement agency with employees who are assassins. Their mission is the elimination of a target (bad executives) within the hiring company. These assassins are hired as interns and use their skills to infiltrate, plan, and execute the assassination without getting caught by deflecting the suspicion to others. John Lago has written a handbook, offering it to those who would follow in his footsteps. Although he provides advice as he recounts previous assignments, most of the handbook describes his final mission. Yes there are rules, instructions, and what not to do, but there is also expression of personal beliefs and philosophies, which seem to be evolving. The handbook ultimately morphs into a recounting of a personal journey/struggle as he ends his career.

The book is structured with the first person handbook narration by John Lago and a few interposed memorandums that provide additional information and perspective. There is action, which is so over-done as to be unbelievable. How can anyone be so smart and stupid, sustain so many injuries and the next day return to being lightning fast and pain free, create such convenient and complex devices? There are jumps in plot with no explanation as to how it occurred, you just have to believe. Although there is internal conflict it seems contrived for such a sociopathic character, yet it does not interfere with his skill at outwitting powerful, intelligent, and successful businessmen. Although there are elements of this book that reminds one of other characters with similar “special skills” (Bond, Holmes, Bourne, Reacher, MacGyver, Chigurh, and Vincent to name a few), they are more nuanced and fully developed than the superficial character in this book. It is very difficult to have any care or concern for John Largo, although there is plenty of action.