The Vermeer Conspiracy by Eytan Halaban 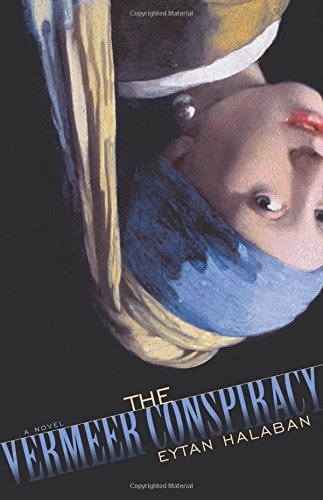 Everyone loves a good conspiracy theory. While they are not usually true, conspiracies allow for people to indulge in their imaginations and visualize a world in which famous historic events could have played out differently. The Vermeer Conspiracy, written by Eytan Halaban, plays into that very idea. Readers are introduced to Sabrina, an astronomy student at Yale whose roommate, Danielle, has just vanished into thin air. Sabrina suspects an art history teacher; a seedy man who shares rocky histories with both her and Danielle. When clues start appearing, all circulating around the famous painters Vermeer and Fabritius, Sabrina must reveal the truth of a historic figure’s identity and track down her missing roommate – before it is too late.

The Vermeer Conspiracy is hardly the first book that has attempted to add a cryptic nature and new revelations to the lives of artists from years past. The Da Vinci Code honed in on this theme over ten years ago, and since then has sparked several similar novels by various authors. While not quite up to Code‘s snuff, The Vermeer Conspiracy holds its own.

Without delving into spoilers, the book questions the painter Vermeer’s true identity and the events that might challenge what society knows of him. Halaban introduces fictitious events, places, people, and artwork to add to the story’s intrigue; revealing details throughout to hype the mystery.

As a mystery, the book is solid. A problem – ie. the missing roommate – is revealed at the get go, and from then on it’s a nonstop ride to find her and the reason for her disappearance. Plot points are well-timed in their reveal, and the stakes are continuously raised as the story unravels. The book is hefty in art history – both real and ficticious – so the reader may find themselves trudging through some pages if they are not keen on the information. However, besides some of these parts of the book, the story flows smoothly.

The characters are well-written, especially Sabrina. Her interactions with people and her stream of consciousness gives her the feel of a real college undergrad. Her backstory is dismal, but Halaban does not force it down the readers’ throats. Instead, the author focuses on Sabrina’s intelligence, good nature, and quick thinking, thus strengthening her appeal for the book’s audience. The Vermeer Conspiracy makes for a snappy read, partially because of its short length, but mainly because readers will find themselves invested in Sabrina and longing to know the story’s outcome – and what an outcome it is!