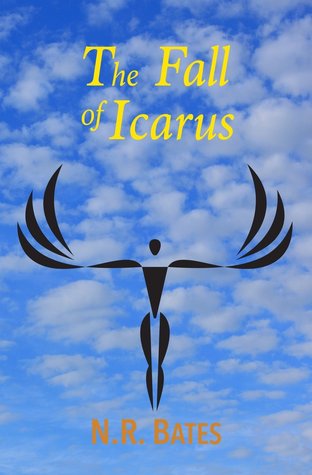 The Fall of Icarus, by N. R. Bates, is a collection of three short stories, all set in Paris and bearing similar themes. The first story, “The Elevator,” tells of a man on a business trip who encounters an abnormal elevator that, on more than one occasion, takes him to random destinations throughout Paris. The second, “The Fall of Icarus,” focuses on a young woman pondering the tale of Icarus and how the boy’s life could have been different. The last story, “The Girl,” is about a young woman telling a story to an elderly couple she meets in the park about a girl who learns to fly and must hide her ability. Bates’s excellent writing and charm will lure readers in from the get-go and won’t release their attention until the last page is turned.

Short stories in collections most often bear a resemblance to one another, be it in theme, motif, tone, setting, or symbolism. Bates’s three stories may not seem to have much in common at first glance, but they all showcase similar themes while taking place in the same setting. The idea of choice comes into play in all three stories – the choice to allow the elevator to transport characters where it so wishes, to fight the norm and take flight, or to change one’s predetermined destiny like Icarus might have in other realities. The metaphor of flying – perhaps even a bit too close to the sun – is touched upon by the two latter stories, and all three bear traces of fantasy and magical realism.

All of these stories are delightfully written. Bates writes from the points of view of different characters, adding in lovely flourishes of detail and imagery surrounding the protagonists. The way in which he describes an elevator ride in the very first line of the book – “The moving elevator carried me in its deliberate, ordinary manner until it jolted to a stop and, at the flicker of overhead light, lurched sideways in a purposeful but tremulous motion” – instantly teleports the reader into that elevator, giving them the sense that they, too, are being rocked in the lift. Bates does this time and time again, transporting his audience to Paris with the mere magic of his words. One striking line found in the story “The Fall of Icarus” was, “I couldn’t stem the flooding viewpoint that Icarus was punished for complacency and, even worse, hubris.” Bates provides an interesting perspective on the classic Greek myth while managing to create a character to instill that perspective.

The stories found in The Fall of Icarus are all extremely short – none of them longer than twenty-six pages – and make for a quick, delectable read over the course of an afternoon. A fun, fantastical read – not one to be missed!