The Fatal Sin of Love by G.X. Chen 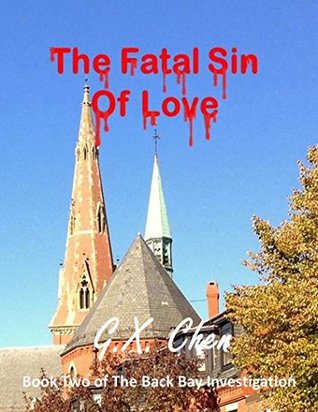 The Fatal Sin of Love is the second in G.X. Chen’s series of murder mysteries. A wealthy older woman is found dead and sparks an investigation that spans continents and generations. Ann, Jane, and Fang Chen are drawn into the mystery, risking their lives to untie the delicate knot of family, money, and revenge. The book flows easily, allowing the reader to become drawn in and follow the investigation as it unfolds. Unlike some of the darker and more graphic murder mystery novels on the market now, Chen’s novel leans more towards the whimsical while still allowing suspense to build without excessive violence.

One of the most engaging points of the novel is Chen’s ability to weave Chinese history into the investigation. As someone unfamiliar with modern Chinese history, I found this to be a very pleasant addition to the story that allowed the reader to gain a better appreciation for both the setting and the complexities of kinship central to the story. This is not to say, however, that the book is without flaws. The dialogue and character actions often seemed stiff and unnatural, and author’s focus on a specific brand of chocolate was quite distracting and caused the story to read more like an extended advertisement. Much of the police procedural portions of the story were overly simplified, and true crime fans will find themselves doubtful of details such as a quick turnaround for an autopsy. While this may break the illusion of realism for some, others will find themselves saved from the tedium of forensic procedure and able to get to the meat of the mystery.

Overall, this would be a great book for anyone looking for a simple mystery with a Chinese flair. The story is not overly complex and is easy to read – the perfect book for a lazy summer day.