The Perfect Game by Leslie Kirby 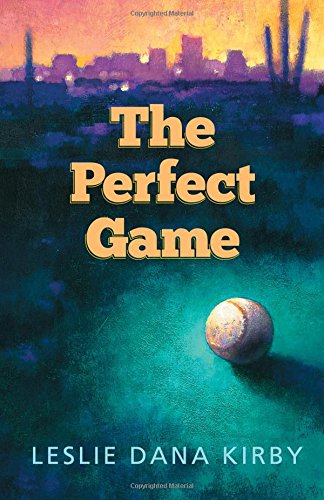 Lauren is in her first year of training In Emergency Medicine when she receives the devastating news that her sister, Elizabeth has been brutally murdered. We travel with Laura as she struggles with the loss of her sister, with the only remaining family being her grandmother. During this struggle she has few friends to turn to as she has recently moved from California to Scottsdale for her internship and residency. After the murder, she and Elizabeth’s husband Jake, a superb professional baseball player for the Arizona Diamondbacks, lean on each other as they sort out their loss of Elizabeth and deal with the investigation. As the investigation of the murder progresses, Laura quickly finds herself suspected of the crime. Jake is also suspected and ultimately he is accused of and tried for Elizabeth’s murder. This is followed by a trial decision, new relationships which develop, and ultimately a second murder. The remainder of the story is filled with surprising twists and results.

This reviewer utilized in an un-proofed Advanced Reader Copy of the book. It was in need of an attentive copy editor to rectified errors in punctuation, use of pronouns and several other errors. These were annoying and required repeated reading of the some sections to determine what was being said. Granted, these might be fixed in the final printed version of the book. The story is written in the third person point of view of Lauren. There is a mixture in the degree of intimacy we have with Lauren. Portions of the story we are aware of her observations, thought and feelings as they occur. Other times we find we are totally unaware of what she has been doing, thinking, or feeling. The middle half of the book is focused on the trial, which is fairly well structured and detailed.

This reviewer takes issue with a number of the medical details of Emergency Medicine and of what a physician could do while working in the department as well as medical/criminal details outside the hospital. This is based on this reviewer’s 44 years practicing medicine including 10 in Emergency Medicine. There are interesting elements of emotion, decisions and behavior that are explored and used in this novel but some seem poorly developed, glossed over, and unfortunately a few are somewhat improbable.