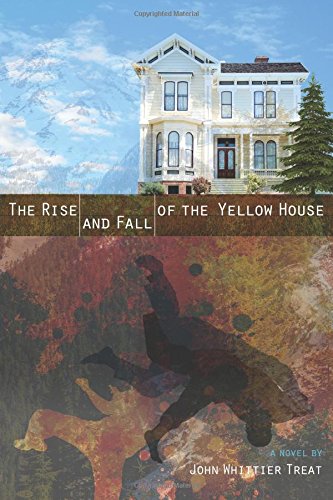 “It was the nineteen-eighties, after all, and life was never better.”

Although the time and the setting are different, this phrase sounds a little bit like F. Scott Fitzgerald, and similarly to The Great Gatsby this tragic story also begins in New York from which Jeff, one of the book’s protagonists, is just running. He is a gay man whose close, and not so close friends suddenly started to die from seemingly different reasons, but the terrifying word AIDS is already in the air. Fearing that he is also “Really Fucked” Jeff is leaving for Seattle, where the main events of the narrative occur. However, it’s hard to escape New York’s grasp, its gloomy shadows follow Jeff and eventually catch up. Meanwhile, this Yale graduate meets the much younger Henry. Raised in a very destructive Chilean family, Henry has his own skeletons in the closet. Keeping their secrets from each other they try to start a new “clean” life in a Yellow House that belongs to Nan.

Despite the name of the title, the story isn’t about the house but people residing in it. Middle-aged Nan bought the home after a nasty divorce. A devoted wife and mother for almost thirty years she is very lonely. What does a person need to feel his life whole? Friends, lovers, a family, or just a lot of people around? Full of good intentions and hoping to improve her own emotional state Nan decides to allow different gay groups to meet in this big house for free. It’s hard to imagine that person could be so naïve as Nan to think that such arrangement will go smoothly. To help her manage the meetings Henry and Jeff, who also participate in those groups, move in with her. Is there a bright future even for even one of them?

Although life is curious and strange things happen, The Rise and Fall of the Yellow House isn’t a fairy tale. John Whittier Treat has written a dark and honest account about the beginning of AIDS era. Since all kinds of people experience problems with loneliness, alcoholism, drugs, and terminal disease this provocative book should easily appeal to everyone.