The Automobile Club of Egypt by Alaa Al Aswany, translated by Russell Harris 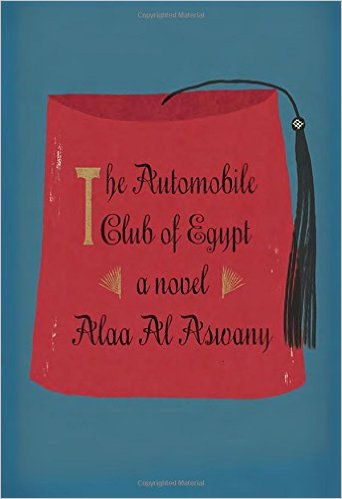 A funny thing happened midway through reading The Automobile Club of Egypt: the reviewer started caring about the characters and their obstacles. This subtle transformation speaks to Aswany’s skilled writing. The novel centers on the Automobile Club in Egypt during the British occupation. Egyptians are viewed as inferior and treated accordingly. All positions of power belong to the British, and the Egyptian king is focused only on his own self-gratification. Abd el-Aziz Gaafar was a rich landowner but now barely scrapes by supporting his family while working at the Automobile Club. Due to a workplace beating he dies and his sons, Kamel and Mahmud, must step in to support the family by working at this abusive, and at times inhumane, Automobile Club. Abd’s daughter, once focused on education, now is pushed into a marriage that on the surface seems perfect. Kamel has a secret political life, while Mahmud’s secrets are more focused: lustful pursuits with lonely, widowed British women.

Aswany gives the reader a glimpse of Egyptian life. Ever present is the conflict between survival and trying to be a faithful Muslim. There is a surprising amount of sex for a book centered on faithfulness, but it displays the paradox of religious life and survival in this occupied state. Aswany asks the reader to contemplate whether people told that they are at the bottom of the heap can rise to independence while fighting to survive, to find love, and ultimately happiness.