The Cartel: A Novel by Don Winslow 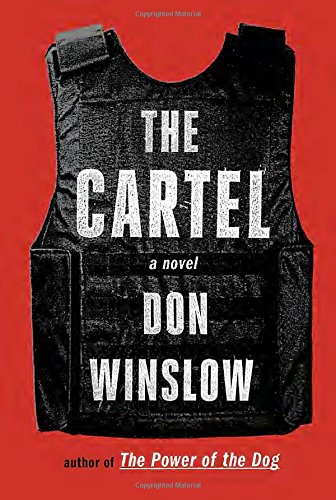 The Cartel by Don Winslow is a gritty, tension-filled novel that tells the story of DEA agent Art Keller and his blood feud against the world’s most powerful cartel head, Adan Barrera. Putting Barrara away the first time cost Keller dearly, and a decade later Barrera has escaped, and rebuilt the empire that Keller once destroyed. As the viciousness mounts, the line between justice and revenge blurs and a standoff that both knew was always inevitable arrives, though it may cost them their souls.

“If anything would bring Adan Barrera out of the woodwork, it would be the chance to get Art Keller.
Keller knows this and doesn’t care.”

This book is a thrilling and dangerous descent into a world of narcotics traffickers, drug kingpins, and Mexican gangsters, and it carries the reader along with an engaging, competent, and plainspoken authorial voice. This is the type of book that grabs you by the throat and holds you there for the long haul, told in rapid-fire staccato rhythm that Don Winslow makes it seem so natural. Called the War and Peace of dope-war books by James Ellroy, this is certainly a necessary read if you like your fiction gritty, punchy, epic, and raw.