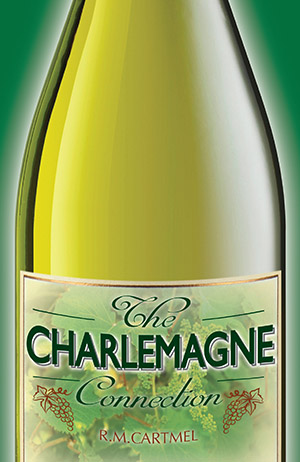 Commandant Charlemagne Truchaud, a detective member of the French National Police, is stationed in Paris. Because of his aging father he finds it necessary to return to his family home and vineyards in Nuits-Staint-Georges, the primary town in the wine producing area of Cote de Nuits of Burgundy, France. Shortly after arriving he finds the local police department has an empty position he is assigned to fill, becoming responsible for traffic issues and small crimes. He begins the process of learning about the problems with his father from his sister-in-law while interacting with his nephew, the neighboring family, and the winemaker who is responsible for the vineyards of both families. Dagmar and Renate, two best friends, arrive from Germany searching for the brother of Dagmar who has been traveling and not heard from in the last six months. The brother’s van has been impounded as it has been sitting vacant at a campsite. Truchaud becomes involved in the investigation, which is complicated by the differing languages of the individuals. Truchaud speaks French and limited English while Dagmar and Renate speak German, which is not understood by any of the police in the department, as it is an East German variant. This results in Truchaud’s investigator being sent from Paris to translate, Sergeant Natalie Dutoit. A body is discovered; the investigation proceeds, and issues develop involving the police, the German friends, and the families of the vineyards.

The plot development and its flow is relatively smooth. This is not a “typical” mystery or thriller filled with excitement and intensity. In a way it is a straightforward progression from discovery to end, although elements are incompletely dealt with suggesting the possibility of a follow-up novel. There were however a few jarring things are present in the novel. During the reading of the novel the reviewer had no knowledge of the author, his background or his first novel. The writing came across as a poor English translation of a French novel rather than the creation by an individual from England. There are mixtures of colloquialisms and usage of language, which seem to be inaccurate or poorly rendered. Frequently it is difficult to determine who is speaking or thinking, as the flow occurs between two or more characters. This resulted in the frequent need to re-read paragraphs to understand what was occurring.

In multiple places in the novel there were episodes of significant exposition on subjects, which could have been significantly shortened. The length of description and explanation of the terrain and vineyards, the roads, the making and blending of wines, while clearly an interest and enthusiasm of the author, can easily result in the reader’s attention drifting away. While an interesting but simple story, increased attention to clarify the presentation and compaction of some details would enhance the story for this reviewer.