The Idea of Love by Patti Callahan Henry 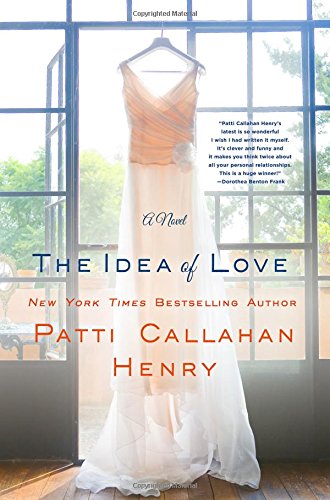 Cutesy. Predictable. Sappy. The Idea of Love is all these things but in a good-I-wanna-read sort of way. Erin has just learned that her husband has been cheating with her best friend’s sister. She is devastated that the love of her life wants another woman instead of her. Erin still misses her mom after her untimely death and has built a cocoon of safety around her; her husband Sims understood her or so she thought. Hunter, a screenwriter in search of a good story, is visiting the quaint South Carolina town that Erin lives in when a chance meeting brings them together. They each tell a lie to become someone other than who they truly are. This one lie is a catalyst for other lies until it becomes impossible to tell the truth.

Patti Callahan Henry knows something about writing a love story. She adeptly puts together two unlikely characters dealing with pain. She humorously writes how one little lie can become a snowball of deceit. Henry’s characters are real and the actions and words enchant the reader to believe they know the characters personally. The readers know the storybook ending they want and Henry adeptly delivers what the readers expect in a masterful way.