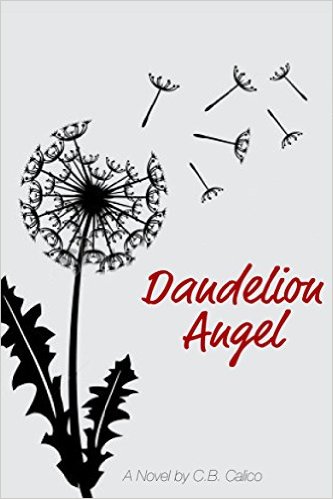 With an inextricable bond tethering Caren, Irja, Jo, and Mandy together, a carefully woven story illuminates the struggles of Borderline Personality Disorder (BPD). Although from vastly different backgrounds, all four women share the common factor of mothers with untreated BPD. Caren, in countless attempts to please her unappeasable mother, almost loses herself and her marriage.  Irja, unable to live up to her actress mother’s expectations, hates the facade of a perfect family.  Jo remains unable to break away from her mother’s grasp and gives up all of her time and self. Mandy, self-designated “Angel,” is the first “dandelion angel,” able to break away from her mother’s rage and need for obsessive cleanliness. As each of the four women begins to discover herself away from the abuse of her mother, she begins to break through the concrete of harsh words and actions to bloom as the titular dandelion angel.

Mentioned in the “Author’s Note,” C.B. Calico notes that the characters and their stories derive from classifications found in Christine Ann Lawson’s Understanding the Borderline Mother: the Hermit, the Queen, the Waif, and the Witch. With each of these classes of women affected by BPD are unique symptoms underscored by the mothers in the novel: Caren’s mother, the Hermit, possesses an innate, inexplicable fear; Irja’s mother, the Queen, lacks personal connection; Jo’s mother, the Waif, appears with an overwhelming sense of helplessness; and Mandy’s mother, the Witch, demonstrates blinding rage. The classifications and subsequent characterizations of the mothers provide clear, accurate insight into how the children or family members may be treated if the illness remains undiagnosed.

Divided into individual sections, Dandelion Angel possesses a strong narrative drive, emphasizing the effects of BPD on the characters. Clearly demonstrated through each character’s experience, the resounding symptoms of anger, discontent, depression, insecurity, and several others are presented through chapter names. While this narrative presents BPD through the perspective of the children, each interaction with the mothers accurately portrays the debilitating effects of the illness on relationships. Most importantly, Calico emphasizes the recovery of the children after being victimized by their mothers, providing a stance of strength rather than helplessness. Simply put, Dandelion Angel provides an explanation of BPD through a concise plot unobstructed by hidden meanings. Regardless of genre preference, all readers will be sure to find Dandelion Angel engaging and enlightening.